The world's largest lake by volume

After 6 days of seemingly constant travelling we were extremely happy to arrive in Listvyanka, a small town directly at Lake Baikal, where we set up our base for 4 nights, meaning 4 days of not having to pack or carry around the luggage. Also, for the first time on our journey we were not stopping at a major city, but close to nature, at a place of fresh air and dramatic sunsets. Our guest house was located perfectly to experience this, with our balcony overlooking the lake. The local wildlife was shown in the form of may impressive hunting trophies spread throughout the guest house. We did not encounter much of this ourselves, we did however see the Baikal seal, the only fresh-water seal in the world and a species endemic to Lake Baikal, on our first day. We’ve mistaken it for an oddly shaped piece of driftwood at first but when it suddenly made a dive down into the depths of the lake it became clear that it was a seal. They must have big lungs as we have not seen it reappear again despite waiting for a while. 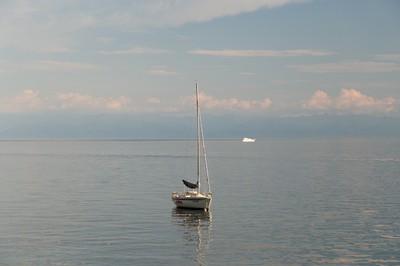 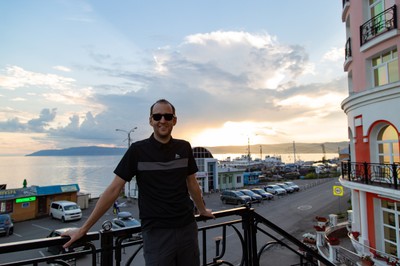 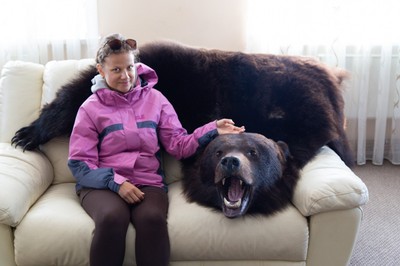 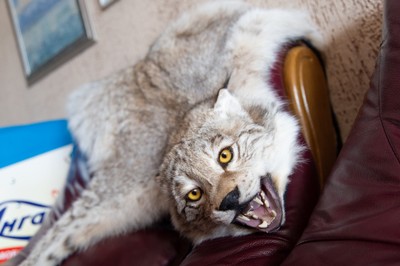 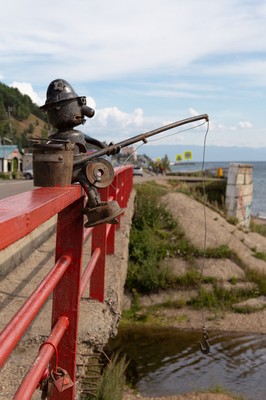 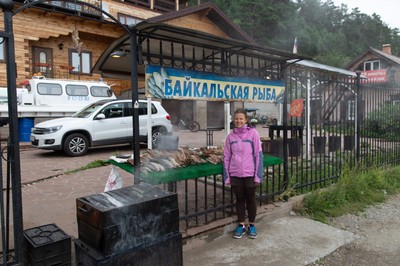 Lake Baikal is the largest (by volume), deepest and oldest lake in the world, but surprising to us tourism seemed to be very little developed in the area. Despite us staying in the most popular town at the lake, the number of tourists we saw did not even come close to the amount of guests you would find at lake Lucerne for example. The town had a very calm feeling to it and it was wonderful to relax by just strolling along the shore and looking out at the lake. On the downside, getting around was a bit difficult, as schedules were changing seemingly randomly from day to day with no one really able to tell us when the ferry from A to B is going to depart the next day. 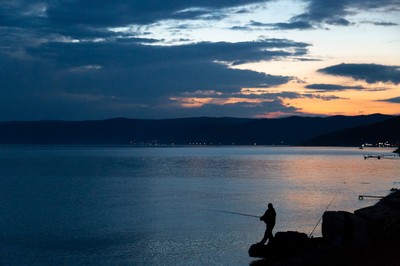 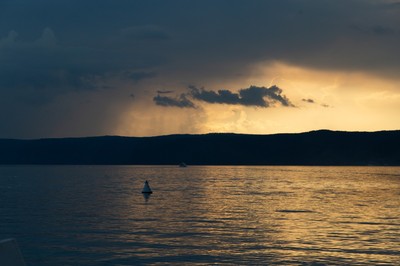 Legend has it, that swimming in Lake Baikal increases your life expectancy by 5 years, so it was very important for Sam to take a dip in it to close the gender-gap and be able to grow as old as Marta. Not so careful planning only left the last day to do this when the weather was unfortunately worse than forecasted, but despite the 12 °C water temperature and 16 °C air temperature Sam swam for a short time in the lake and felt very energized after. 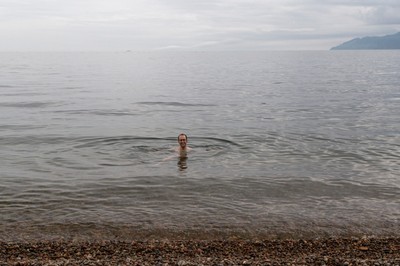 After our time in Listvyanka we spent a short time in Irkutsk. We arrived in the afternoon and had only time for a short walk through the city. Many newlyweds were taking pictures on the unfortunately slightly rainy day and brought happy memories of our own wedding to us. The next morning we left very early for our train to Mongolia that would end our Russian adventure. 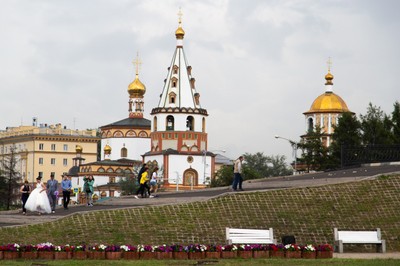 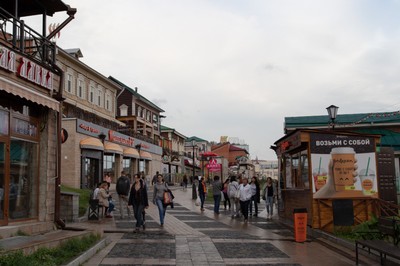 Posted by samandmarta 16:00 Archived in Russia