After meeting our Mongolian driver Tuvshin, who made a very good first impression on us, we departed towards the north of Mongolia. The first day consisted of a lot of driving. Surprisingly, the further away from UB we went, the better the road became. Most likely because the roads further away were just built recently. The last hour of our drive was over a bumpy dirt road until we reached our first stop, the Amarbayasgalant monastery. Next to this monastery, we stayed in the guest ger of a local family. The ger is the traditional housing of the Mongolian nomads. It is a large, rather sturdy tent that can be constructed or deconstructed in less than a day. The center of the ger is always a wood-fire-oven for heating when it is cold. As it would get quite cold at night, our driver made a fire for us. For dinner we were served Buuz again, freshly prepared by our host family. 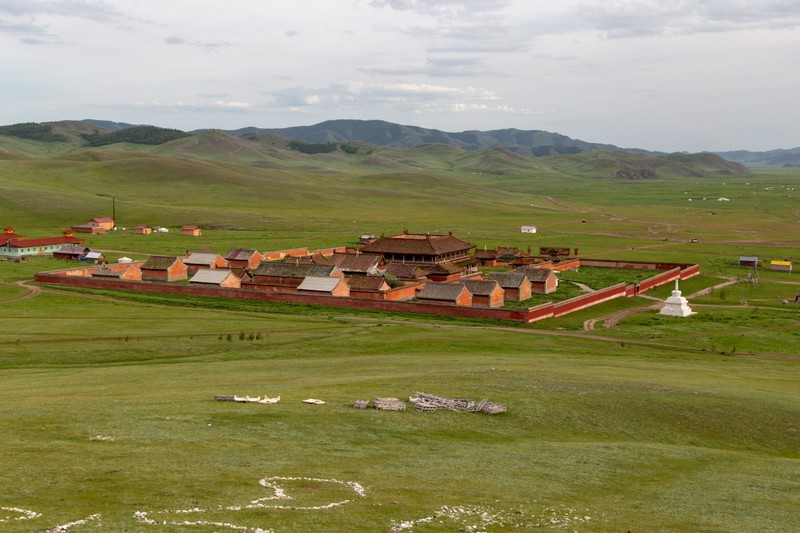 The next day again consisted of a long drive. For lunch we stopped at a restaurant next to the road, where the only option was, once again, Buuz. After eating this weird tasting dish for 3 days in a row we started to get a bit worried. Later we made a stop at an extinct volcano where we were very happy to move our legs a bit. After climbing on top of the volcano, we were rewarded with nice views over the wide open landscapes around it. We spent the night in a ger in the town of Mörön. Luckily, there were some proper restaurants in this town and we managed to get some Western food for dinner. 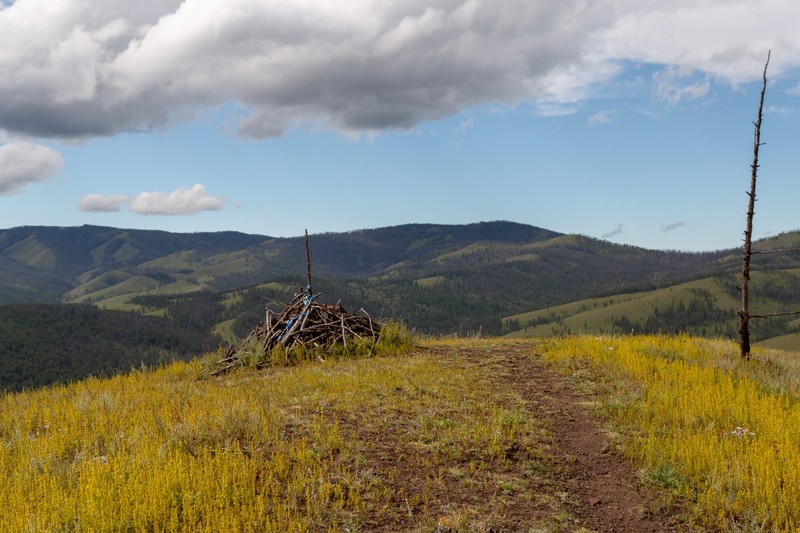 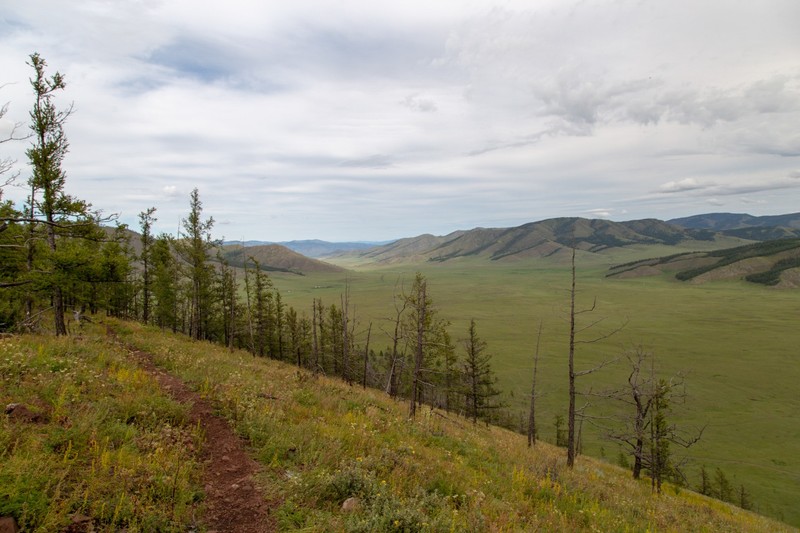 The following morning we went to Mongolia’s best spot for deer stones. These are about 4000 year old stones with paintings or carvings of stylized deer. It is not known exactly why they were made, but it is believed to be connected with burial rituals, as the people of those times believed that one’s soul would ride to heaven on a deer after death. It was a beautiful day and we got some amazing views along the way. 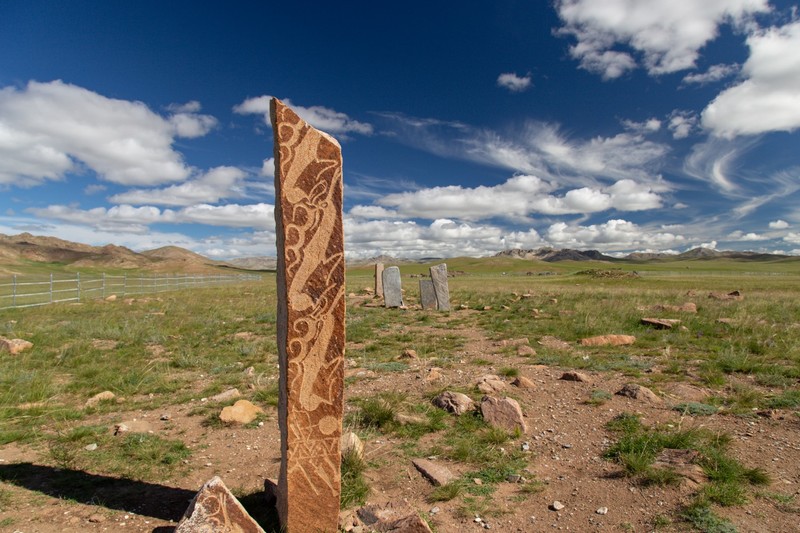 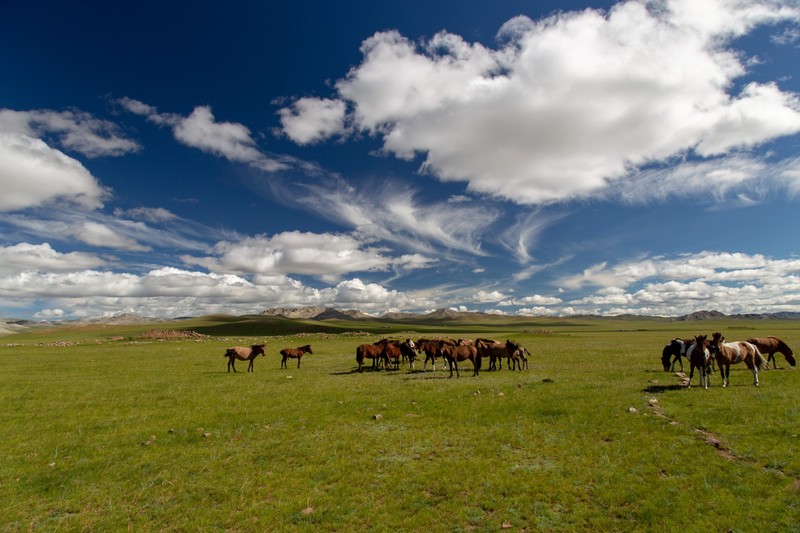 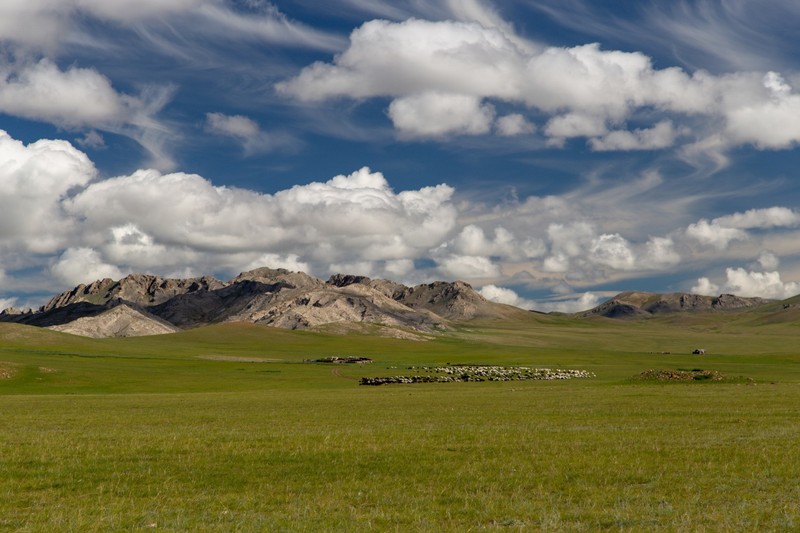 After the deer stones we drove a bit further north to lake Khövsgöl, the small sibling of lake Baikal. It was created around the same time by the same geological forces, but is significantly smaller than Baikal. Still, it is a very large lake, the second-largest in Mongolia, and to us it appeared far more beautiful. We chose to spend two nights there on the shore of the lake. Our camp consisted of gers, tipis and wooden cabins, of which we chose the latter. The food served in the camp was inspired by Korean food and was a welcome change from Mongolian food for us. In the afternoon, we did a walk along the shore among friendly yaks and sheep. The nights at the lake, located around 1650 meters above sea level, were pretty cold, with temperatures approaching 0 °C at night. We quickly learned that making a fire in the evening makes for a warm comfortable start of the night, but it doesn’t last very long. So at 4 to 5 in the morning, we would wake up in a very cold cabin, make another fire and go back to sleep again. 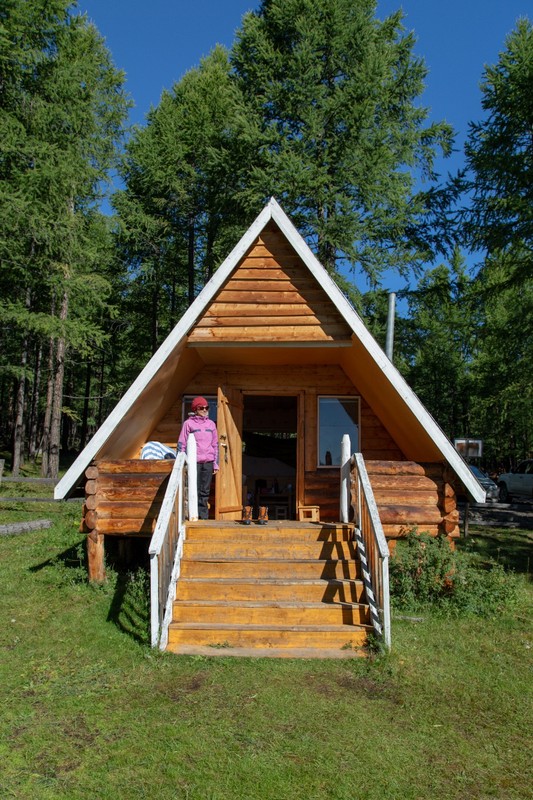 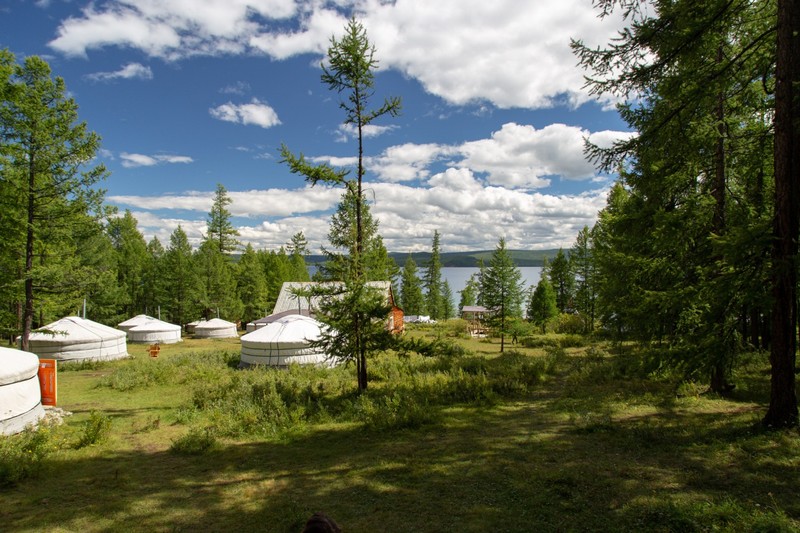 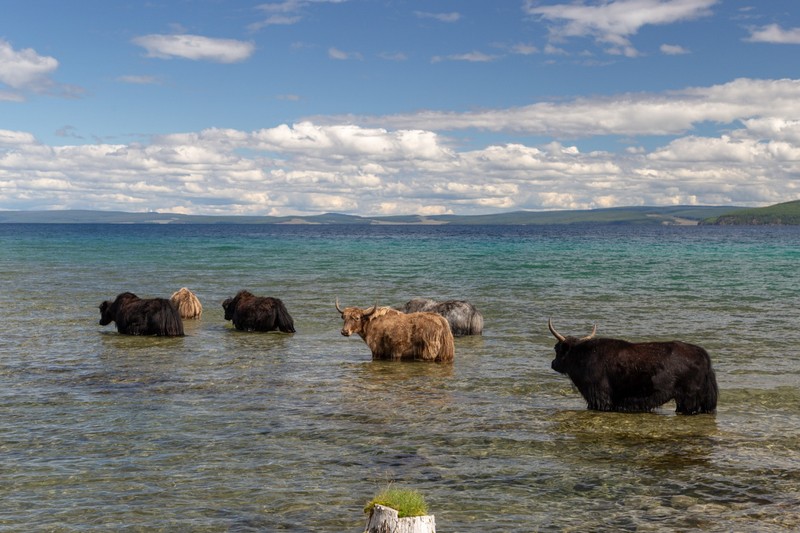 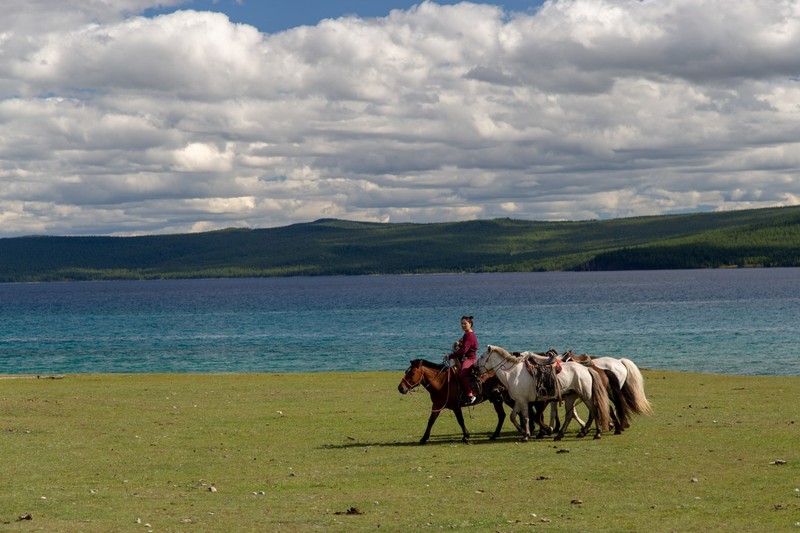 On our second day at lake Khövsgöl, our driver brought us a bit further up the lake to the start of a beautiful hike. The beginning was a bit tricky, as countless giant crickets were sunbathing on the path and started jumping around when we walked past. Luckily, this got better as we climbed higher. The higher we got, the more the views opened up over the lake and the surrounding mountains and once we reached the top after around 3 hours, the views were spectacular. We could see all the way from the north to the south end of the 136km long lake, a great spot for our packed lunch. 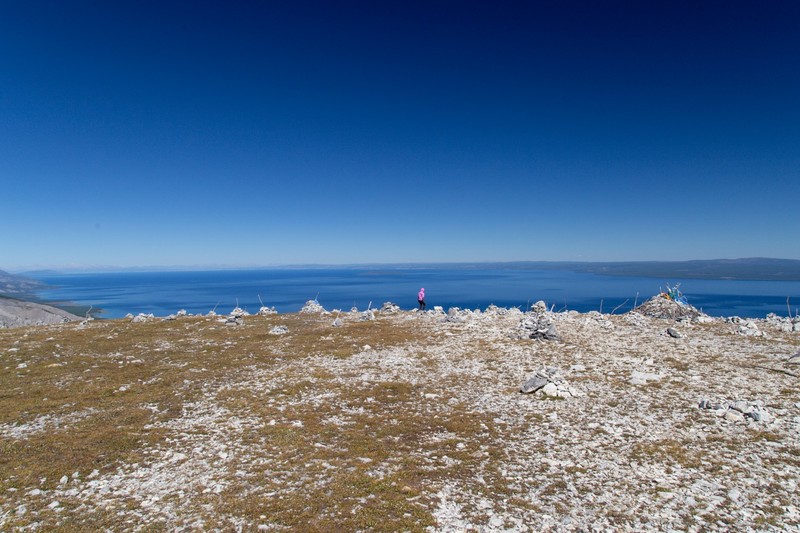 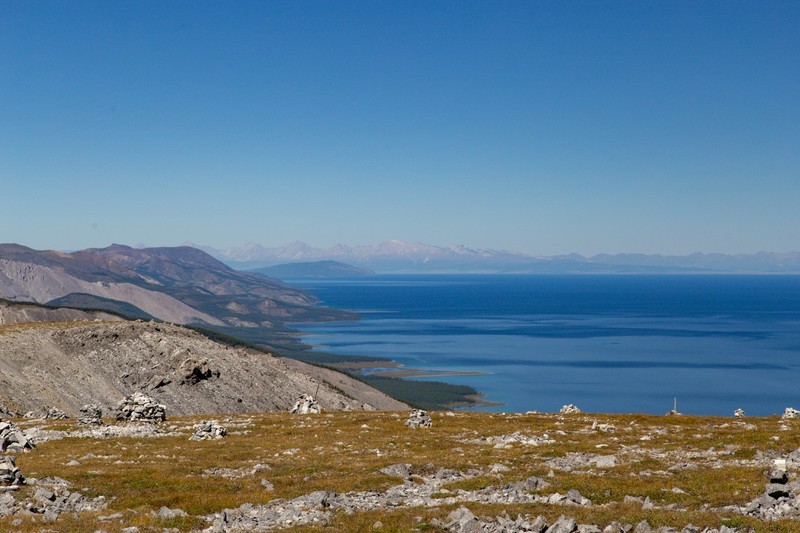 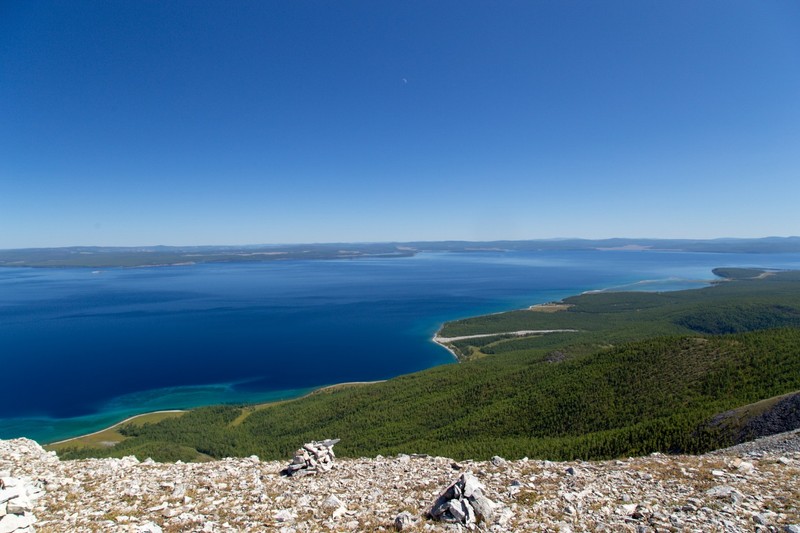 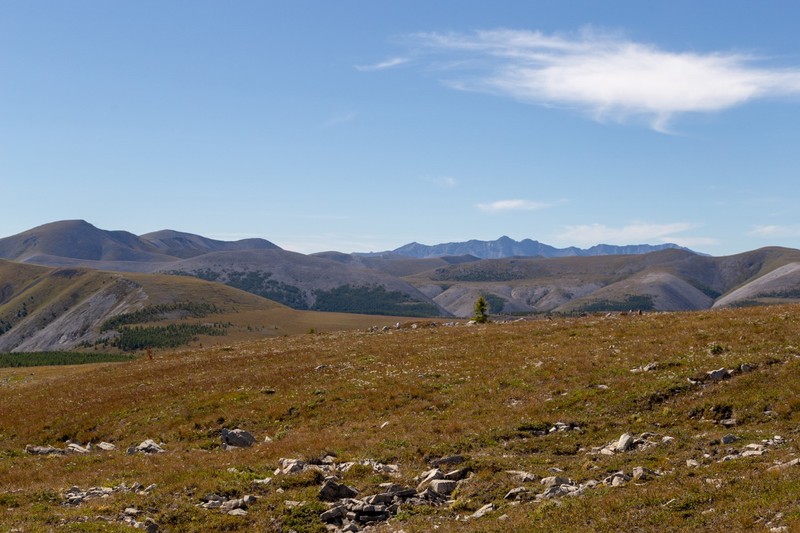 Before departing lake Khövsgöl the next day, we rented a kayak for an hour and enjoyed the beautiful weather and the incredibly clear and colorful lake. 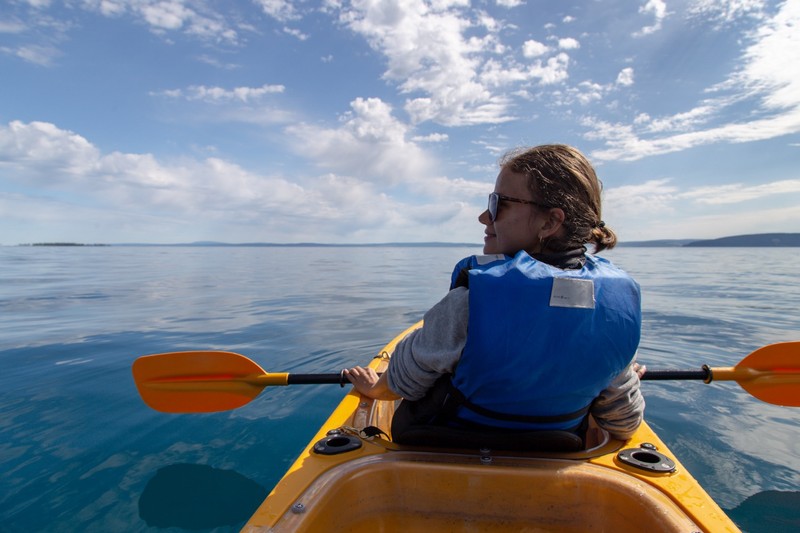 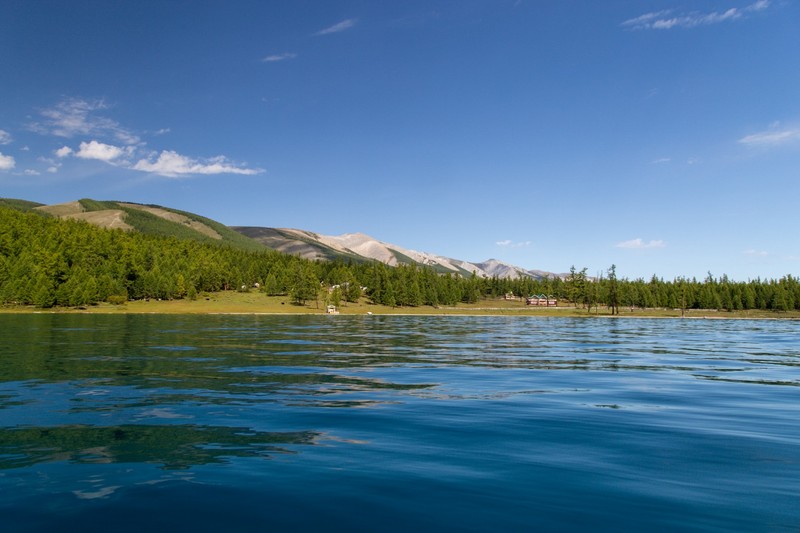 After noon, we started driving back south. After Mörön, the paved road ended and we spent the next 4 hours on dirt roads, which was very tiring. Mongolians claim to have 49’250 km of highways, of which only 5’000 km are paved. Not long before sunset, we finally arrived at our ger camp for the night at Dzuun Nuur, a very remote and salty lake at an altitude of around 2000m. Despite being rather cheap, this was the nicest ger we had so far and the included dinner and breakfast was very tasty, including the best bread we ate since departing Switzerland, similar to pita bread with butter. The next morning, we left Dzuun Nuur towards the Great White Lake, thereby leaving Northern Mongolia. 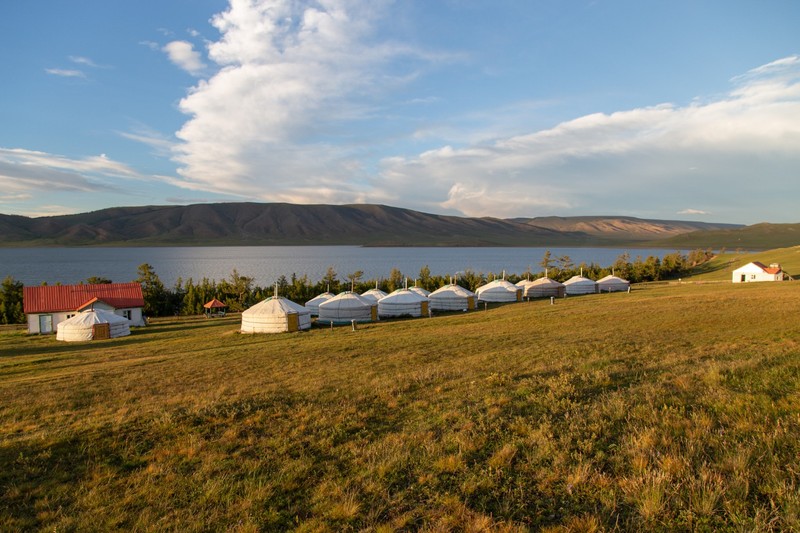 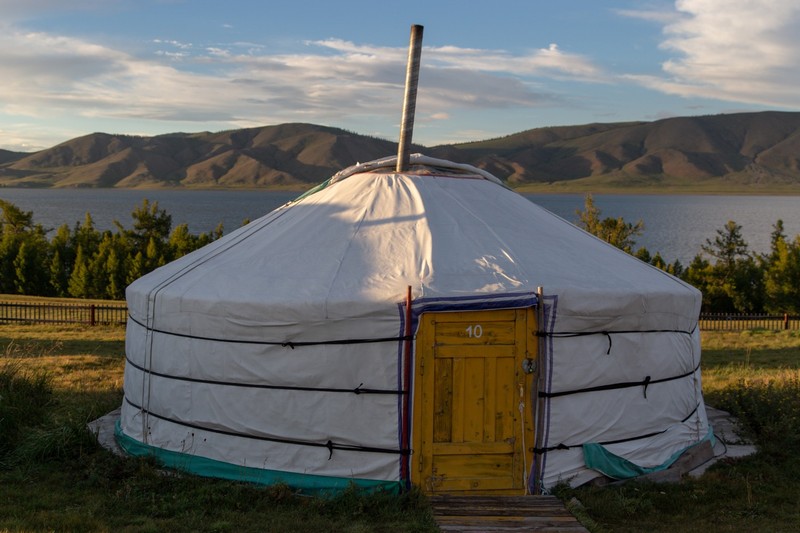 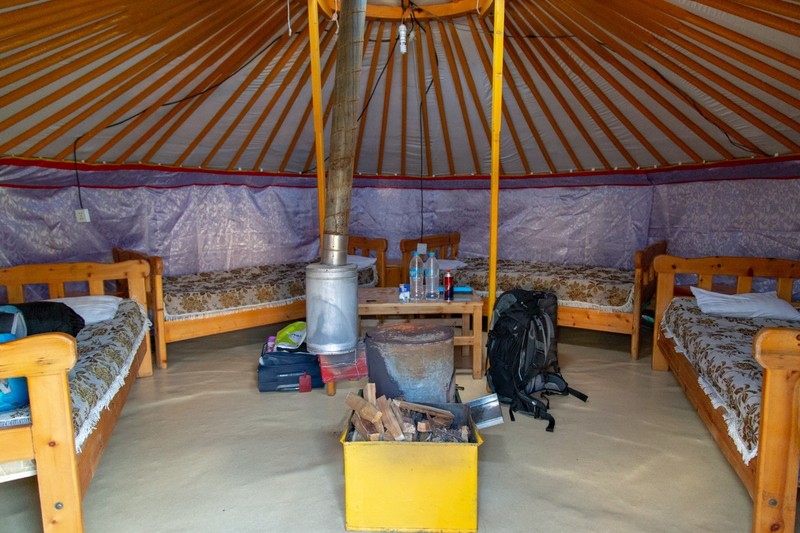 Posted by samandmarta 18:00 Archived in Mongolia

The lake is an amazingly lovely colour.