Our five days in Easter Island have taught us that our Spanish was not good enough. Google Translate is a great tool, that allowed us to ask whatever questions we had. It just didn’t help much in the end, since we often had no clue what the person we were talking to replied. So when we arrived in Santiago de Chile, we decided to invest a few days to improve our Spanish. We signed up for a three day intensive Spanish course where we would spend six hours a day studying Spanish.

The Spanish school turned out to be a great idea. Not only did our Spanish improve faster than we expected, but we also really enjoyed our time in the classroom. The class was fast paced, but covered all the grammatical basics. We learned to conjugate verbs, use past and future tense, build passive sentences and much more. Marta previously used the Babel app, which basically lets you learn entire sentences. We found the class much more useful, because knowing the grammar behind allows you to adapt any given sentence to countless different situations. After the 3 days, our Spanish was still basic, but we could now comfortably order food in a restaurant, ask about available rooms at a hotel or talk about our travel plans with our Uber driver.

Santiago, the capital of Chile, is a perfectly nice city, but somehow fails to stand out in any way. We stayed near the old center of the town, in an apartment on a high floor, which had wonderful views over the city with the Andes in the background. On our school-free days, we explored the main sights of the city. One of our favourite places was Cerro San Cristóbal, a hill to the north of the city center with even better views than from our apartment. We also visited a former detention center, where dissidents were tortured and in some cases killed during the regime of Pinochet, Chile’s infamous military dictator of the 70s and 80s. 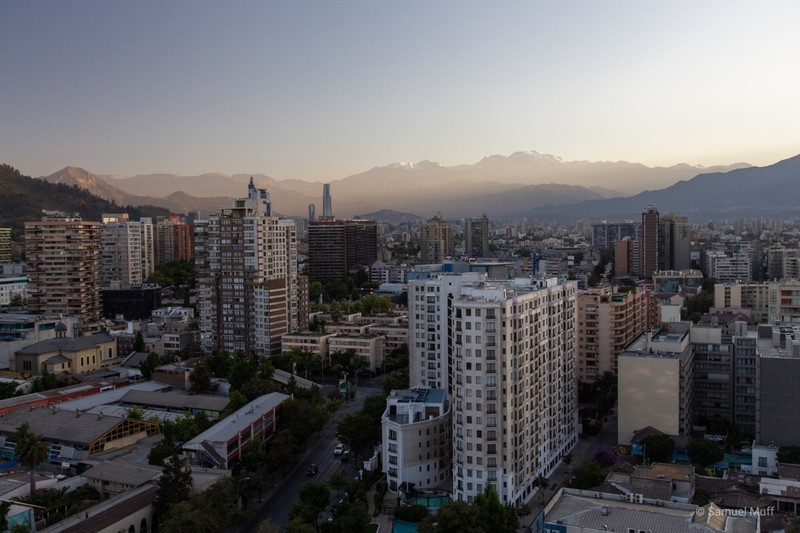 Santiago with Andes in the background in the morning, seen from our apartment 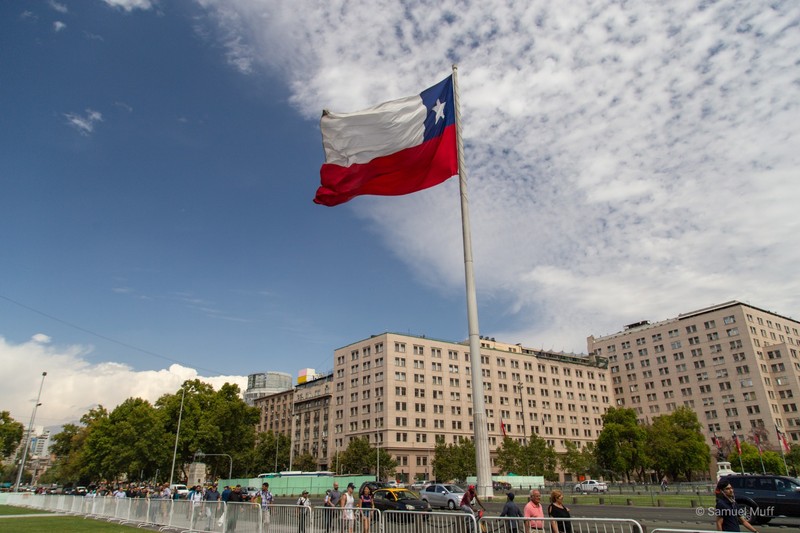 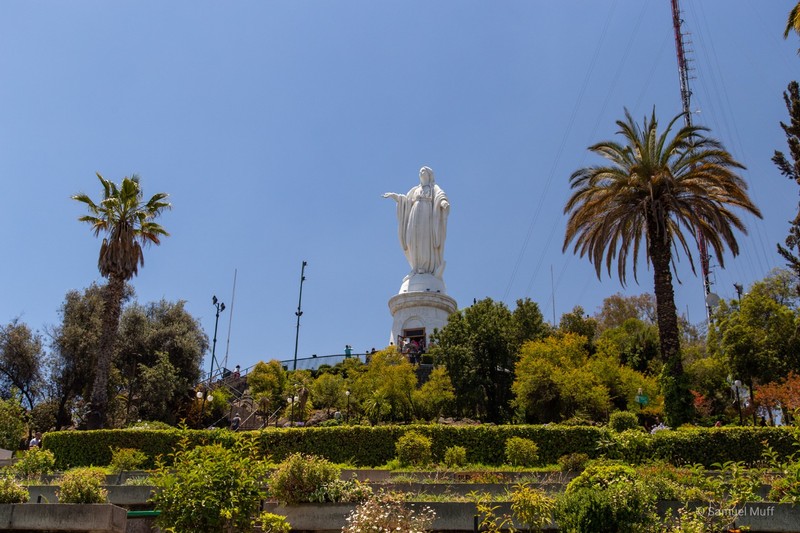 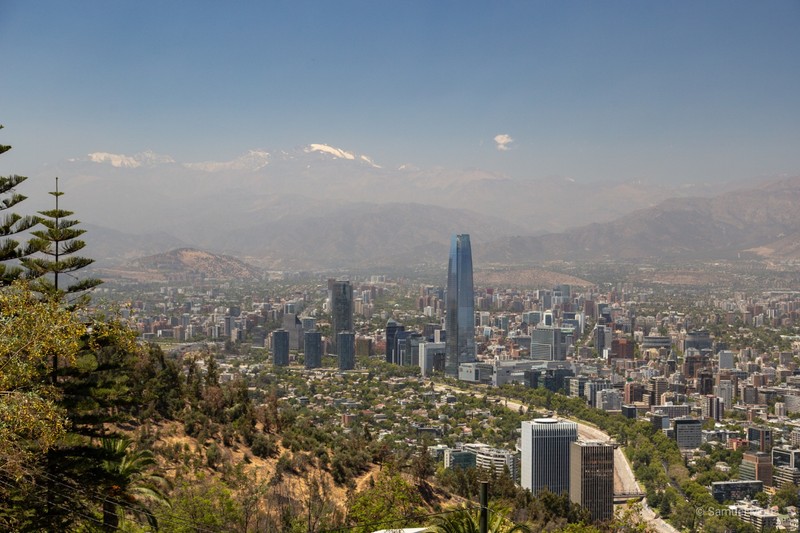 Santiago with Andes in the background, seen from Cerro San Cristóbal 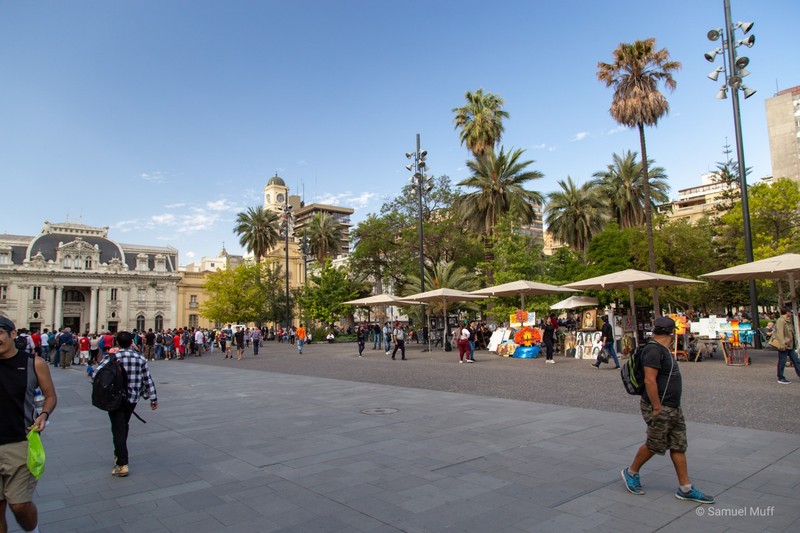 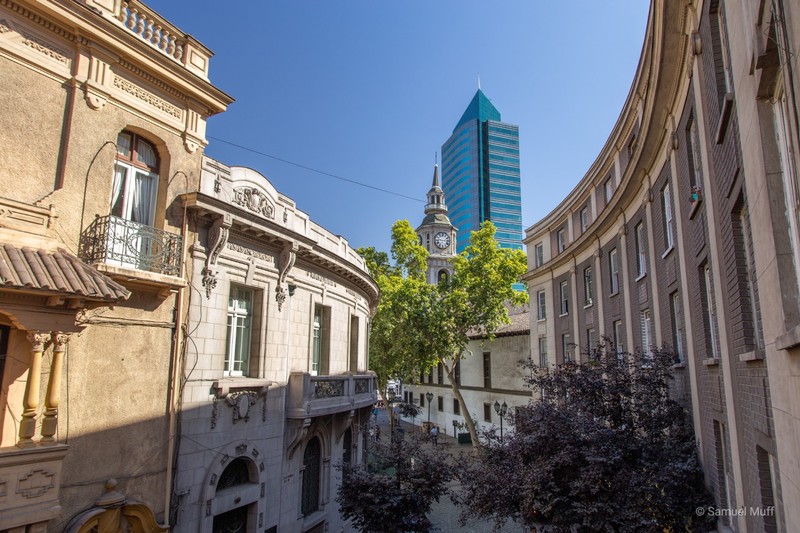 After five days in Santiago, we rented a car and drove out to the coast, where we stayed two days in Valparaíso. The port city is built into a very hilly coast, which makes getting around in it an interesting challenge. Throughout the city, tiny funiculars (ascensors) run up and down the hills, most of them from the early 1900s and very much looking that way. Together with the colorful houses, we experienced it as a very charming place. 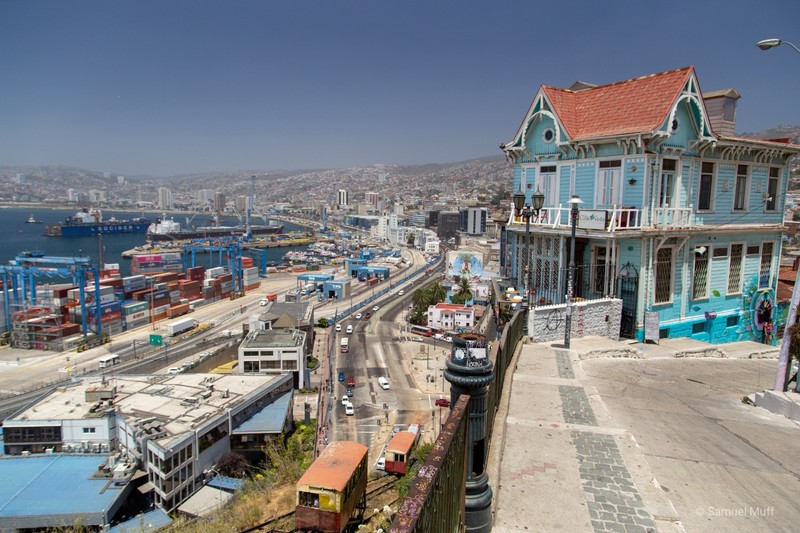 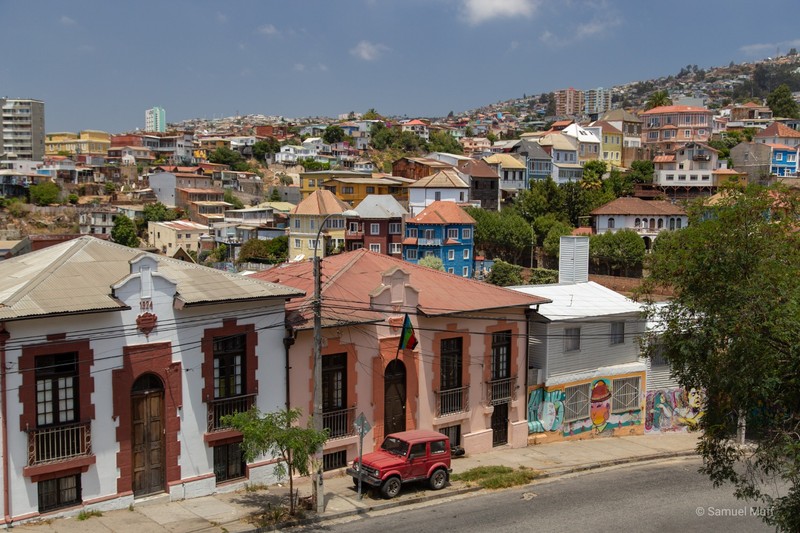 Valparaíso is also full of interesting art. In every little side street you can find beautiful and interesting murals. Some are small, while others cover entire high-rises. 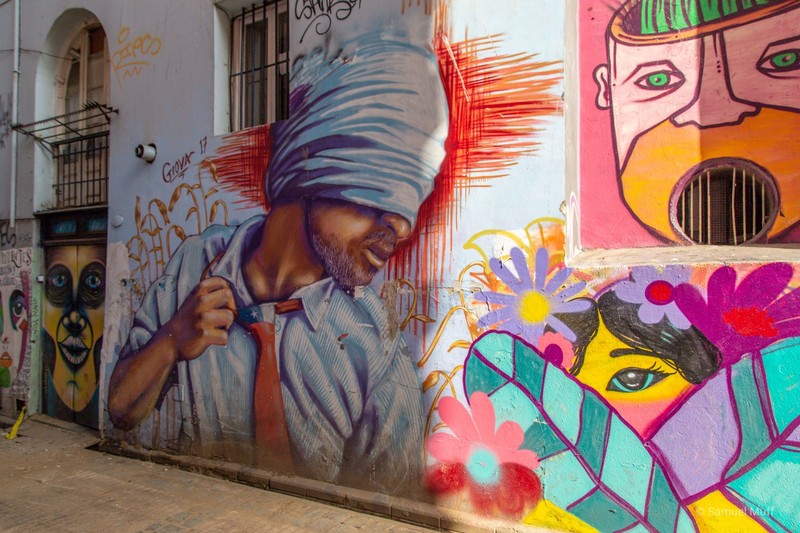 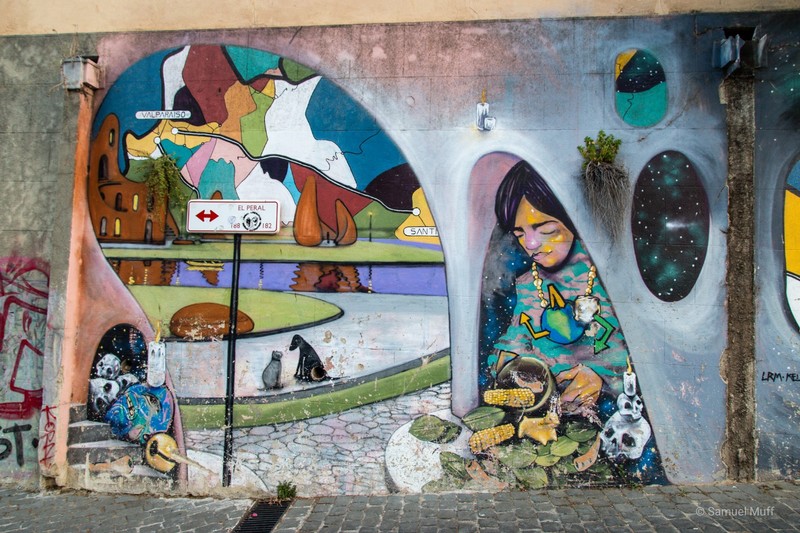 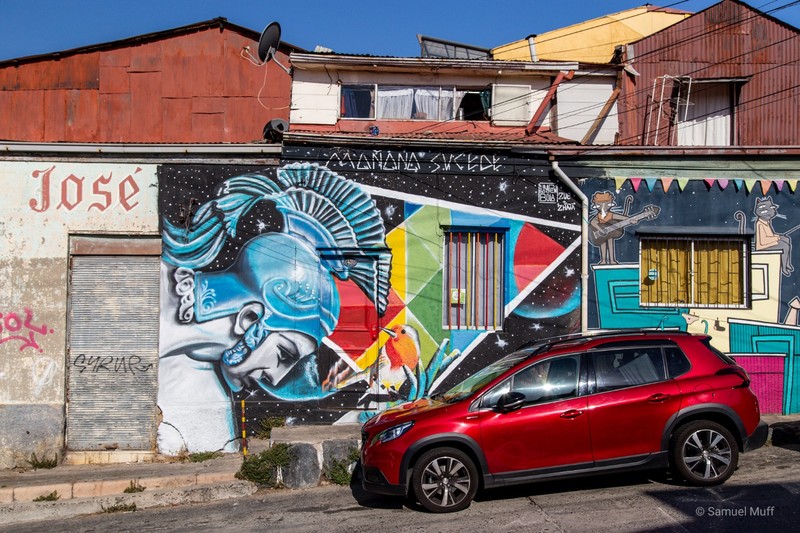 We also spent one day in Viña del Mar, which is just north of Valparaíso. Viña del Mar has a beautiful coastal area, which is probably why the president of Chile has his summer residence here. We loved watching the huge pelicans fly alongside the coast. 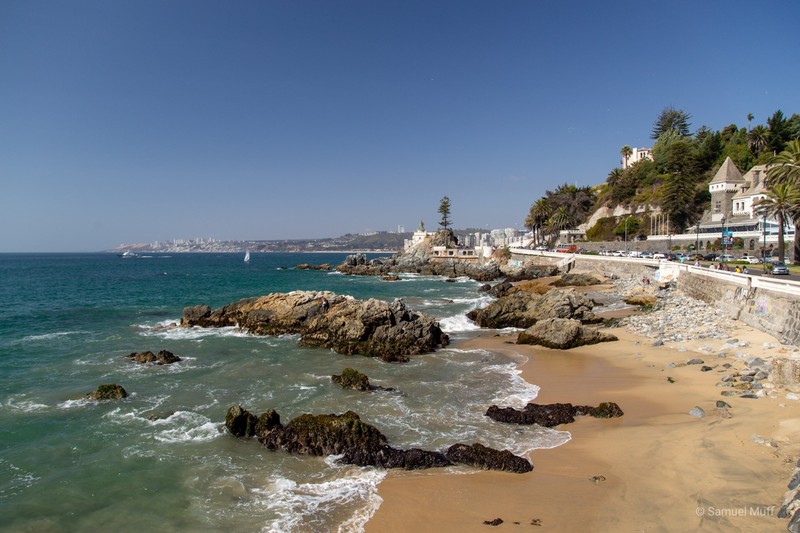 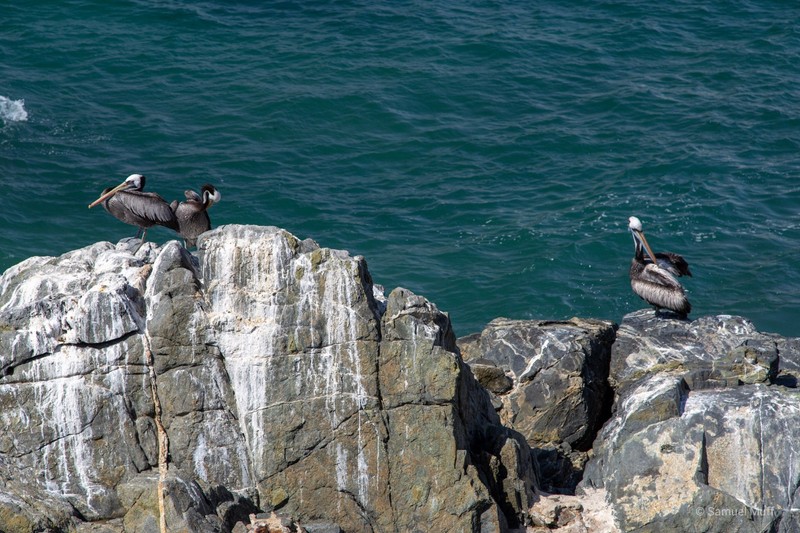 On our last evening in Valparaíso, we were surprised by an earthquake while getting ready for bed. Our room was shaking quite a lot for a good minute, but luckily it was not strong enough to cause any problems. As we learned shortly after, this earthquake had a magnitude of 6.7. Luckily, the epicenter was around 400 kilometers to our north. It was an interesting experience, as we have never been in such a significant earthquake, but we still hope we will not experience it again. 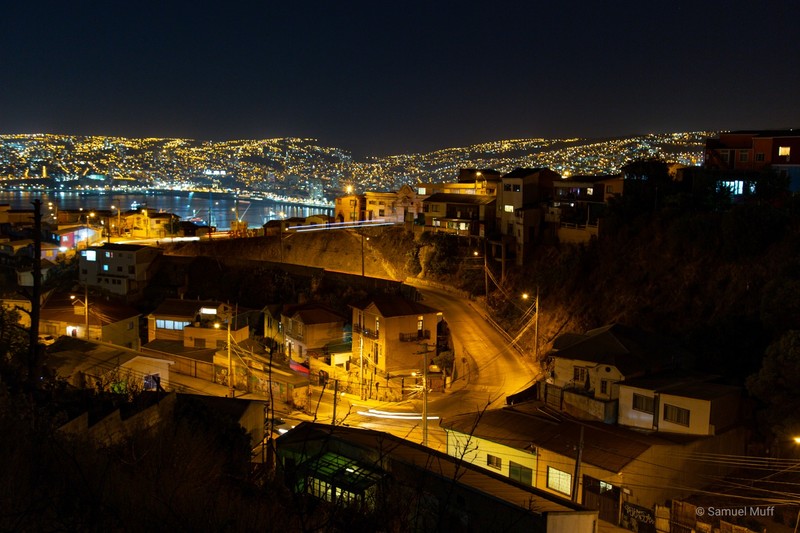 Posted by samandmarta 22:01 Archived in Chile

We have been in earth tremours when we lived in Istanbul and when we were in Taiwan. Both scary experiences.