Before entering Patagonia, we spent four nights in Isla Grande de Chiloé, Chile’s second largest island (after Tierra del Fuego, which belongs in parts to Argentina). To get to Chiloé, we had to take a short car ferry south of Puerto Montt. For the first three nights, we based ourselves in Dalcahue, which was a convenient location to explore the sights of Chiloé.

Around Chiloé, there are countless smaller islands and we actually spent our first day on Isla Quinchao, which is another short car ferry ride away from Dalcahue. From the hills of this small island we had beautiful views of the Chiloé Archipelago and even the snowy peaks of Northern Patagonia were visible in the distance. In Achao, the largest town on the island, we visited the oldest remaining church of Chiloé (built in 1740), Iglesia Santa Maria de Loreto. 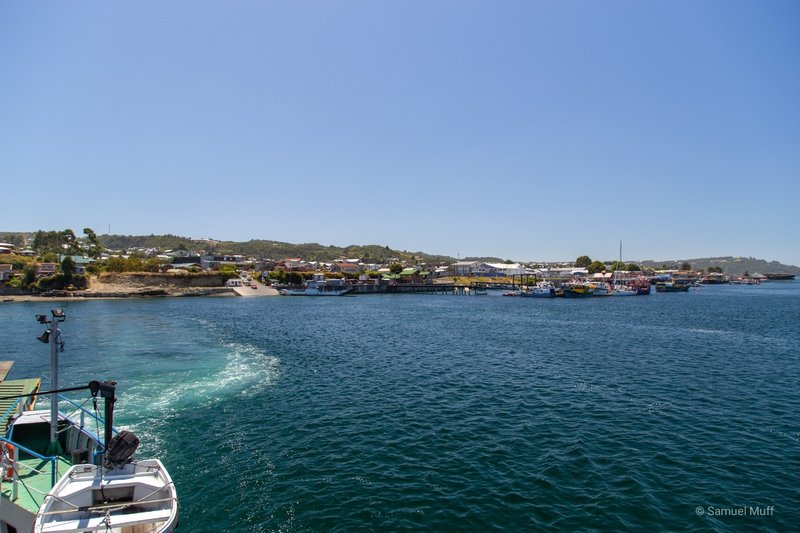 Dalcahue from the car ferry to Isla Quinchao 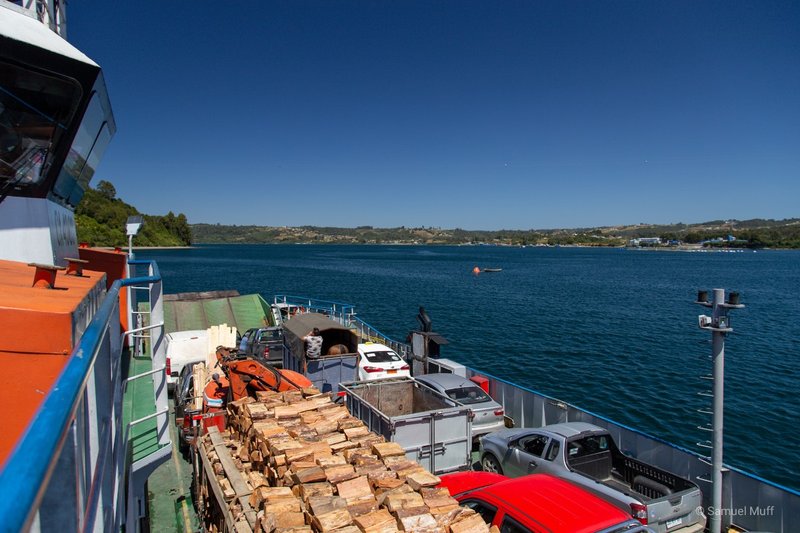 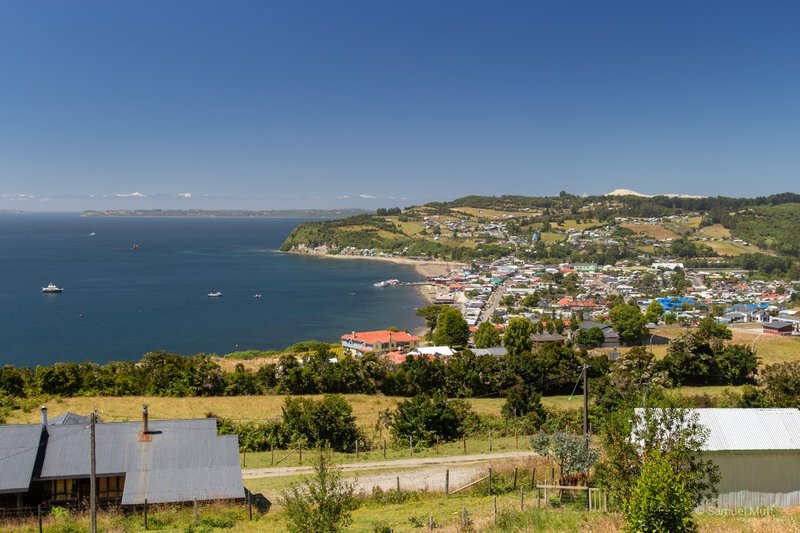 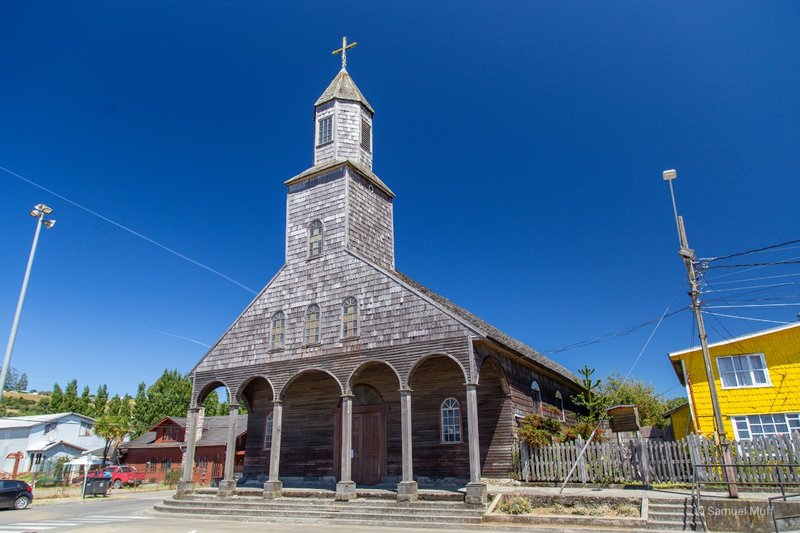 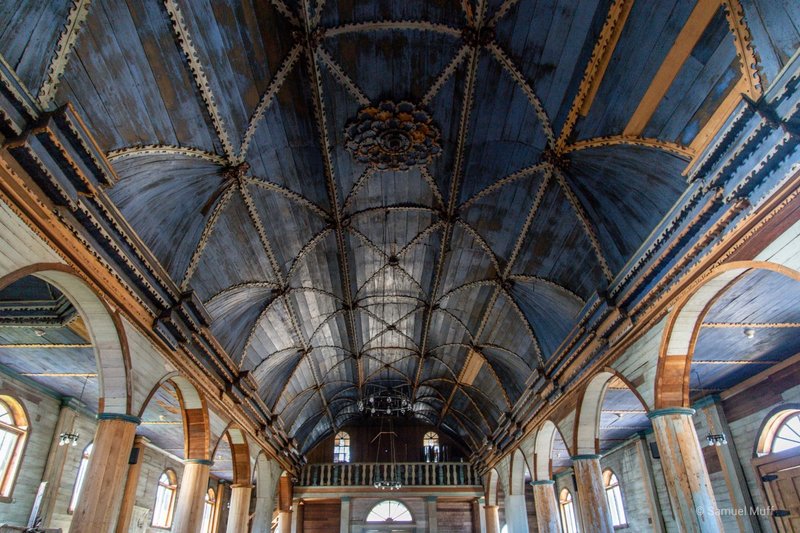 Inside of Iglesia Santa Maria de Loreto in Achao

Churches are in fact the main reason tourists come to Chiloé. During the 17th and 18th century, Jesuit missionaries have built hundreds of wooden churches around the island, it seems at least one in every tiny village. Today, 16 of the remaining churches are listed as UNESCO World Heritage sites. We spent most of our time around Dalcahue visiting these churches, which have quite a special architecture. The main tower is always in the front, above the entrance. They are made entirely out of wood and painted in interesting colors. 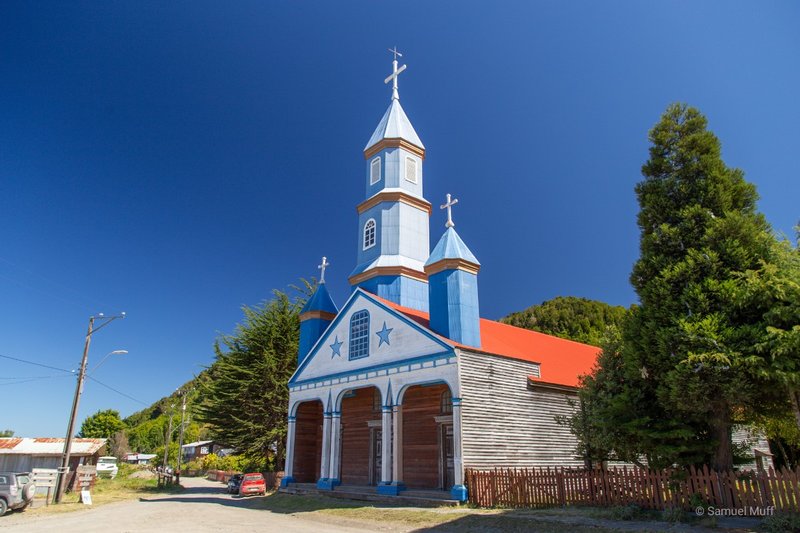 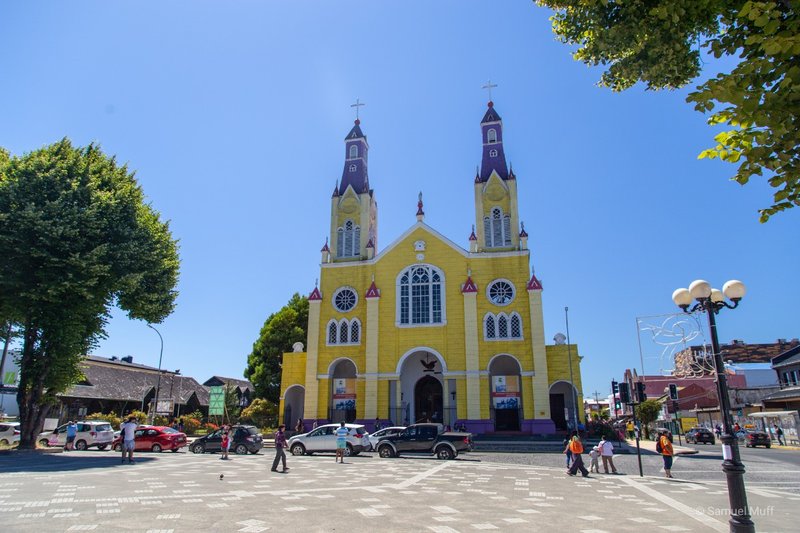 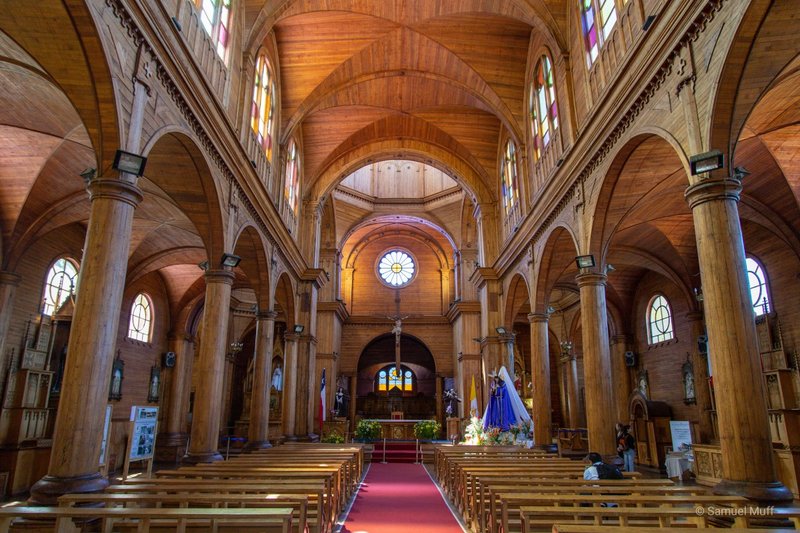 Inside of Iglesia San Francisco in Castro 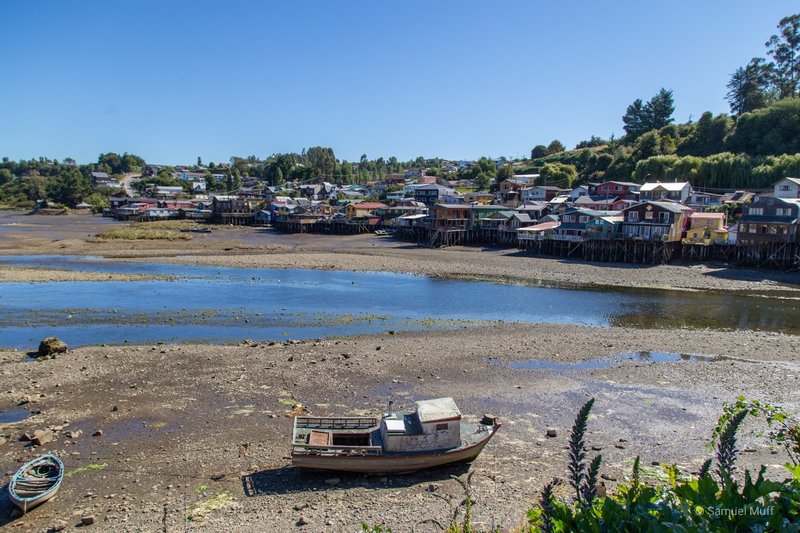 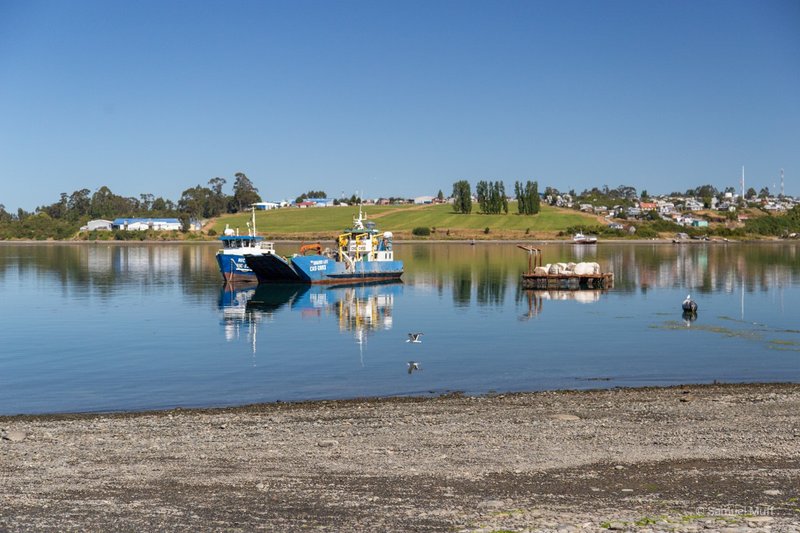 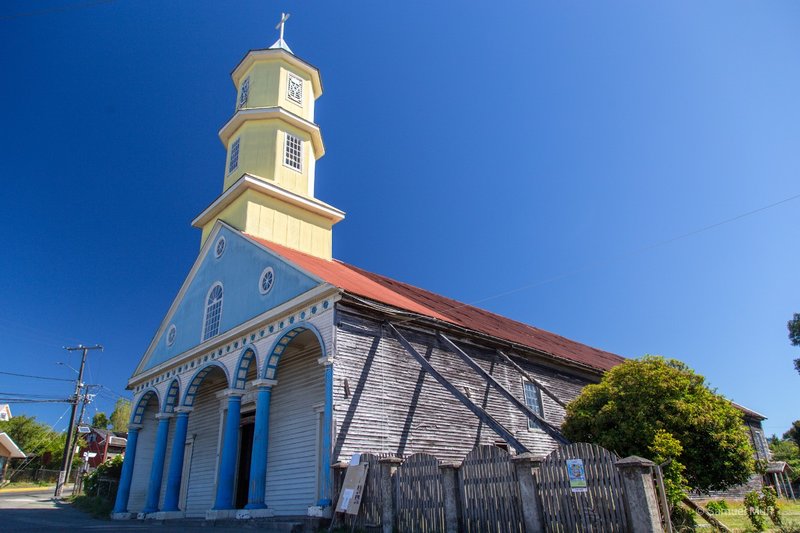 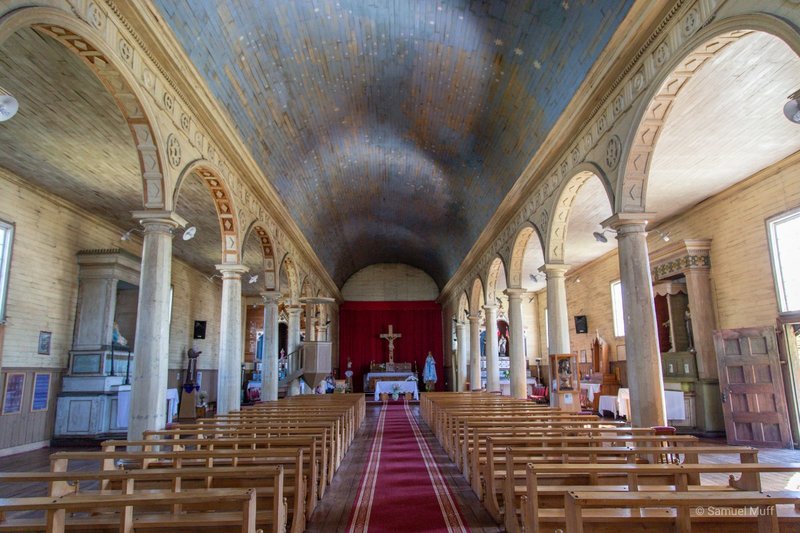 Inside of Iglesia Nuestra Señora del Rosario in Chonchi 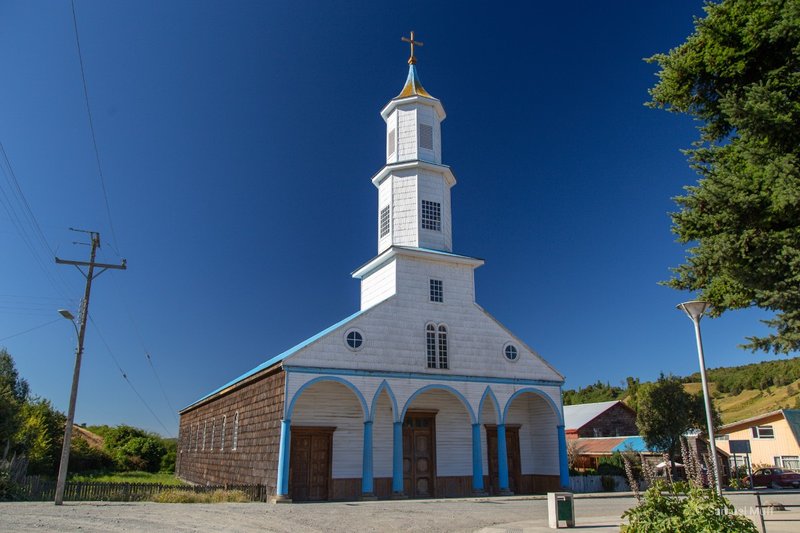 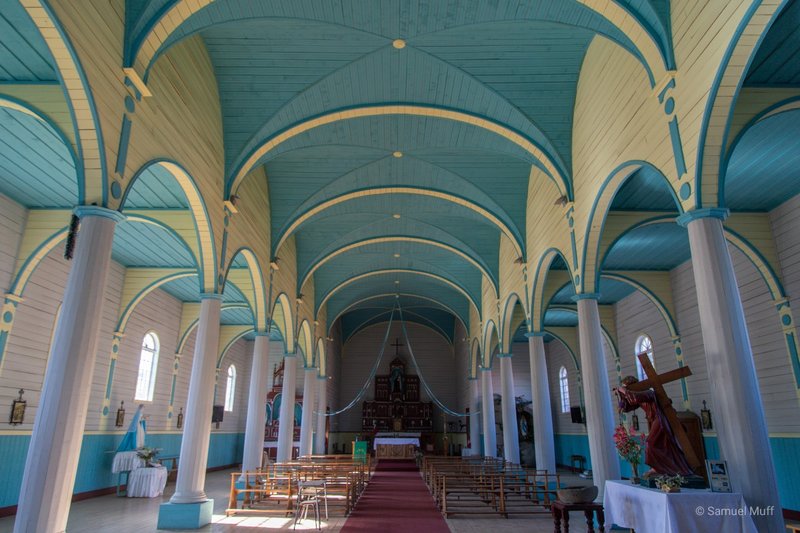 Inside of Iglesia Santa Maria in Rilán

For our last day on Chiloé, we moved north to the Monumento Natural Islotes de Puñihuil, a protected area where penguins live year-round. We did a very enjoyable boat tour around the islands were Magellanic penguins were breeding. Walking on the islands was not allowed, but our boat came within 10 meters of the penguins and it was very interesting to see them so close in the wild. We spent our last night on Chiloé in nearby Ancud, where we had beautiful sunset views from our lodge. 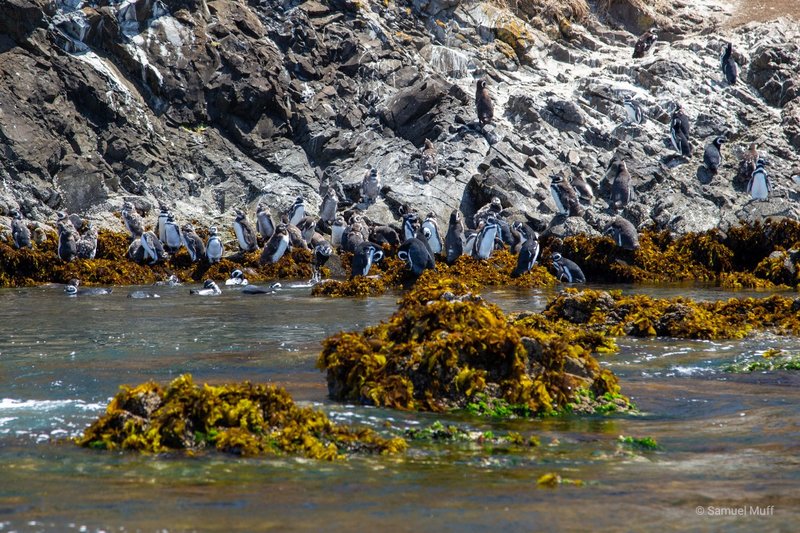 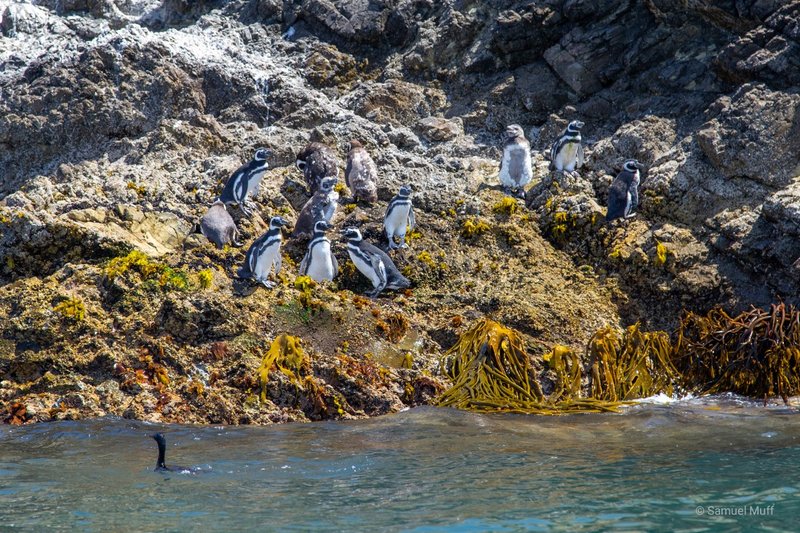 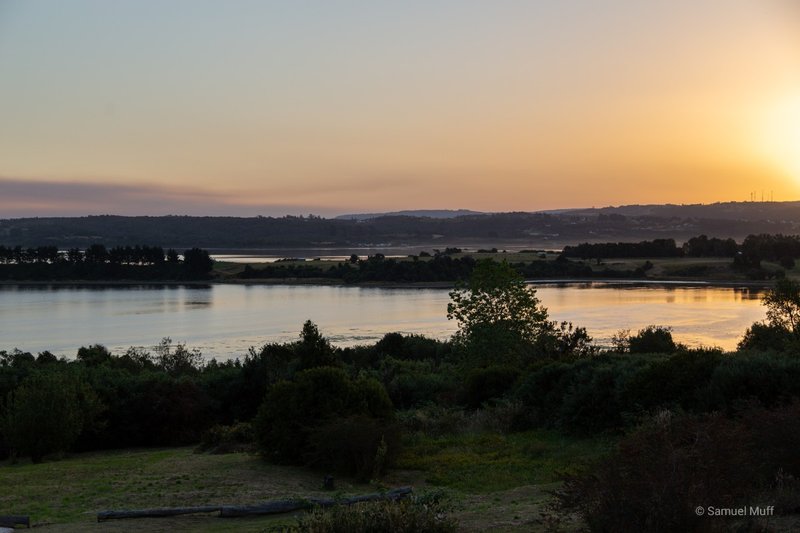 Sunset from our lodge near Ancud

Posted by samandmarta 18:14 Archived in Chile

How beautiful! We hope to go to South America this summer, we have never been there. Your blog makes it look amazing.