Driving down the Atlantic Coast to Tierra del Fuego

Our first international border crossing in South America was a quick and efficient process. On the Chilean side, we had to get our passports and the customs documents of our rental car stamped for exiting the country. After that, we could drive the bridge over Río Jeinimeni, which marks the border between the two countries at that point. On the Argentinian side, the same process repeated with entry stamps in the passports and our rental car documents. Overall, the entire process did not take more than 15 minutes and there were no significant lines on either side.

The town across from Chile Chico was called Los Antiguos and we immediately felt that we had arrived in a different country, despite the two places being separated by only 10 kilometers. Restaurants were all of a sudden half the price, served much better food and were served by waiters who were dressed up and friendly. Argentina is known for its great beef, so for our first meal we ordered a big steak which was grilled to juicy perfection. For the first time in weeks, we stayed at a proper hotel, for the same money that would have afforded us a simple guesthouse back in Chile. The hotel was located directly at Lago General Carrera, which was known by the name Lago Buenos Aires in Argentina. 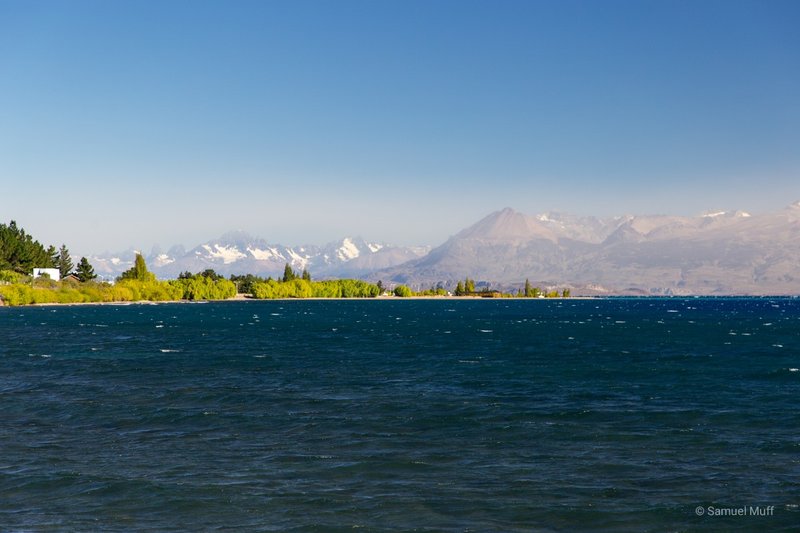 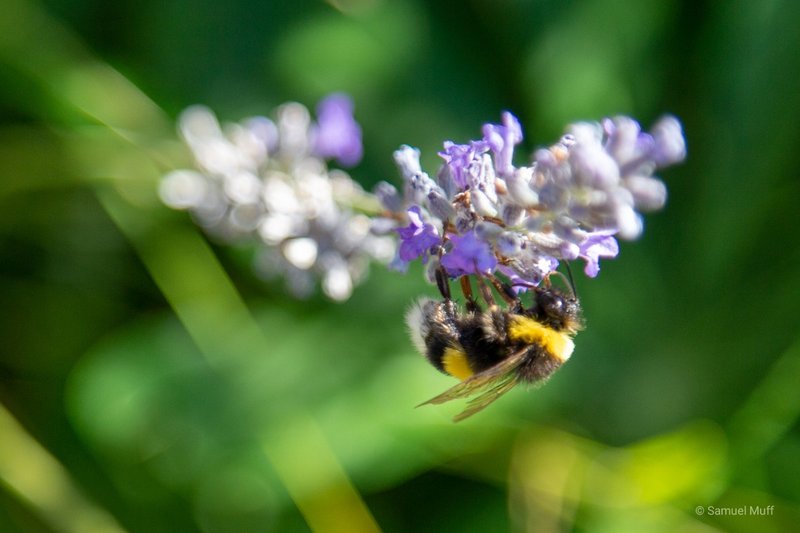 Bee on a lavender flower

Also the landscape changed surprisingly fast. After driving only one hour from Los Antiguos, we had lost sight of any mountains, forests, lakes or rivers and were suddenly surrounded by endless plains of nothingness, basically a desert. The next three days we were driving a lot, covering huge distances, helped by the fact that all the highways were properly paved and there was basically nothing to do or see along the way. On the first day, we drove East across the continent to the Atlantic Coast on highways drawn with a straight edge through the country. 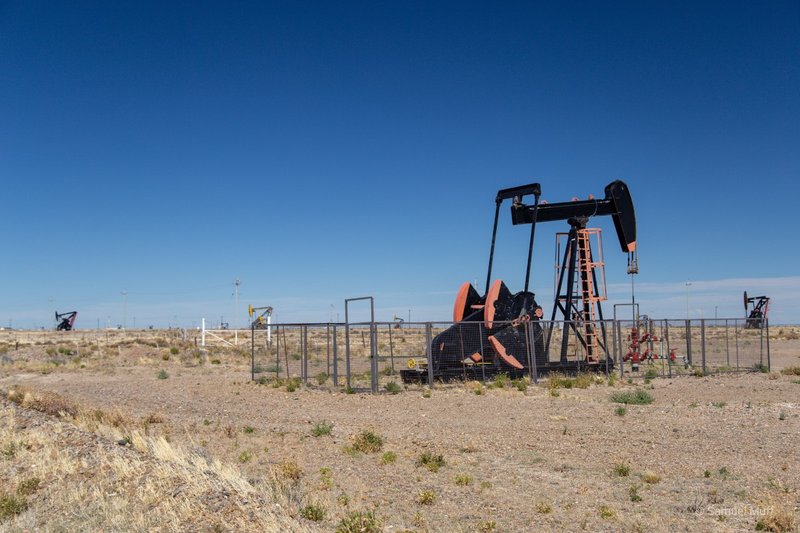 Oil rigs in the Patagonian Steppe 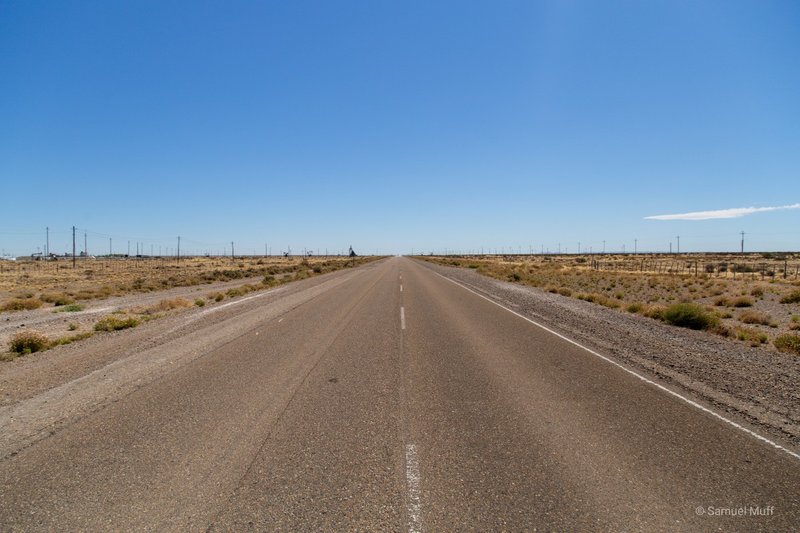 Highway through the Patagonian Steppe 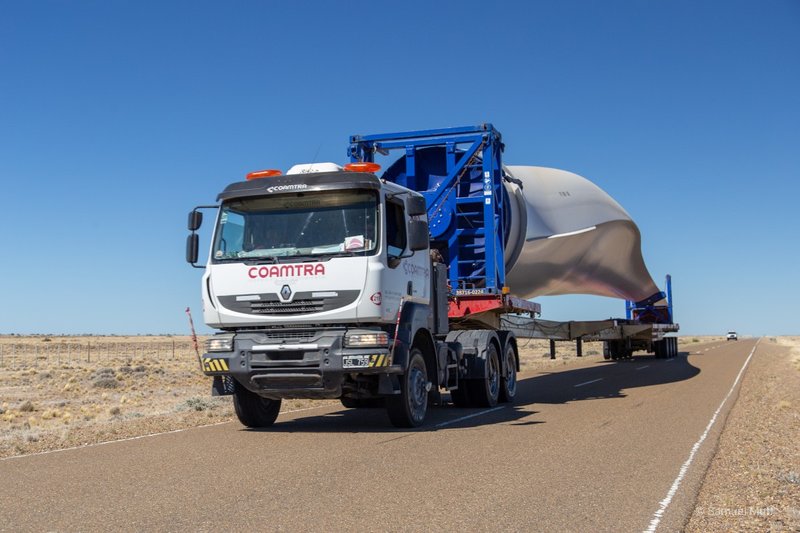 Whereas the landscape was totally boring, we started seeing lots of interesting animals along the way. The first one was the guanaco. Guanacos are related to camels, though they lack the humps. They are also related to lamas, but are less hairy. We saw hundreds, if not thousands of them grazing along the highway. They can run very fast and Sam had to be very alert when they were close to the street, as they sometimes run across. 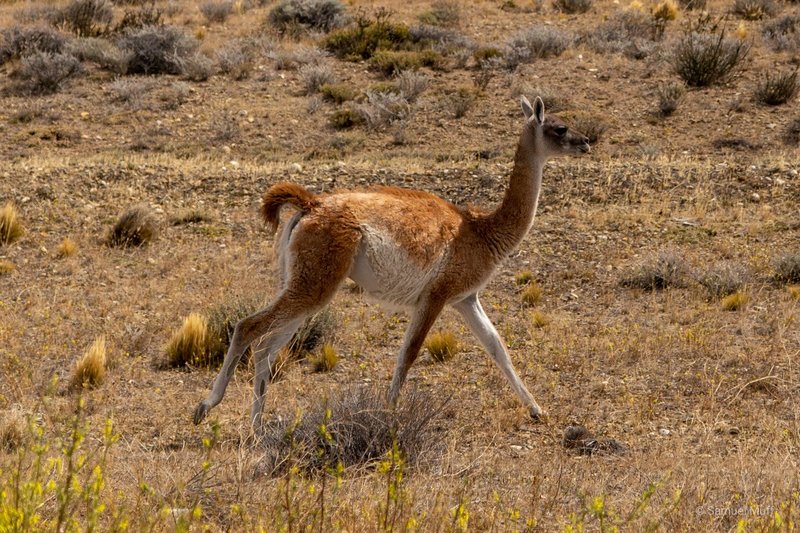 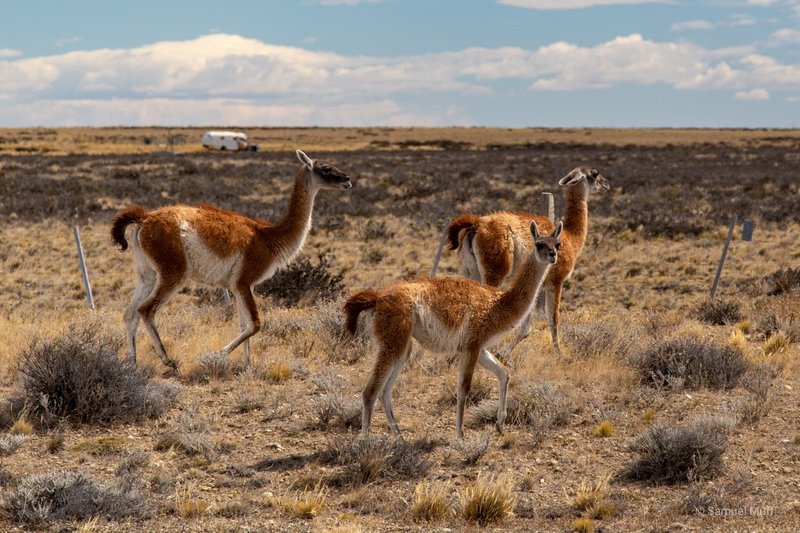 A second animal native to South America is the nandu. They were rarer than the guanacos but we still saw plenty of them. Nandus are large flightless birds, similar to ostriches or emus. They are also surprisingly fast runners. They can even run as fast as 50 km/h. We also saw some grey foxes and one armadillo crossing the highway. 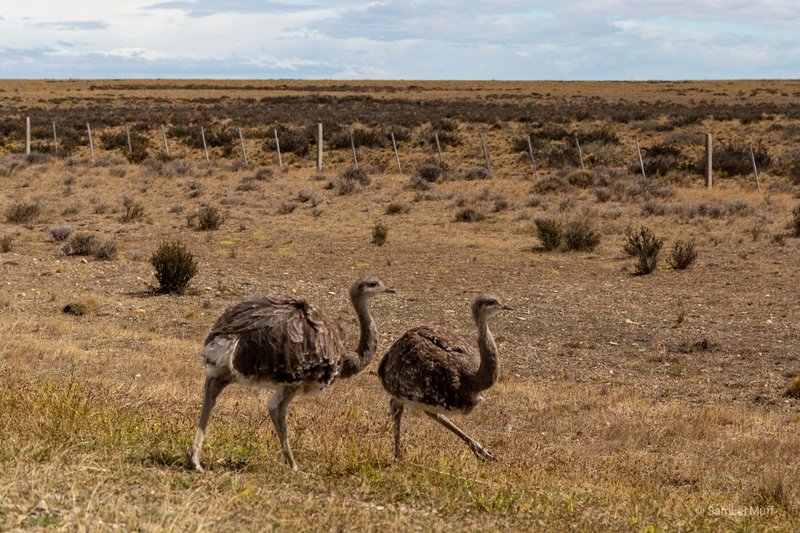 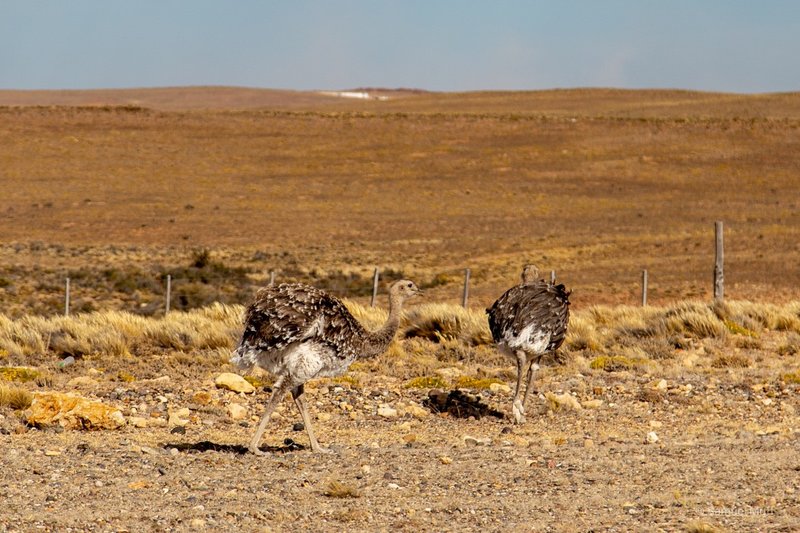 After driving 640 kilometers the first day, we spent one night in Puerto San Julián at the Atlantic Coast. The next night we spent at an estancia near Parque Nacional Monte León. Estancias are basically ranches that manage a huge area of land. They used to farm cattle, but many are now moving to tourism and offer accommodations in a quiet and remote setting.

After three days in Argentina, we already had to go back to Chile. The Argentine part of Tierra del Fuego where we were heading is completely surrounded by Chilean territory, so it is not possible to access it by car without crossing Chile first.

Posted by samandmarta 10:04 Archived in Argentina

The animals in your blog are new to me. Amazing scenery. What an adventure.