We entered Paraguay, the fifth country on our journey through South America, by a short train ride from the Argentinian border town Posadas. The train seemed to be filled mostly with Argentinian shopping tourists. When we arrived in Encarnación on the Paraguayan side, the area around the train station was full of stores selling laptops, smartphones and cameras. Especially electronics are very expensive in Argentina due to high import taxes and it can therefore be a big saving to buy this stuff across the border. Paraguay’s currency, the Guaraní, is the lowest valued currency we have encountered so far. One million Guaraní are worth around 160$, so if you want to become a millionaire, visit Paraguay! 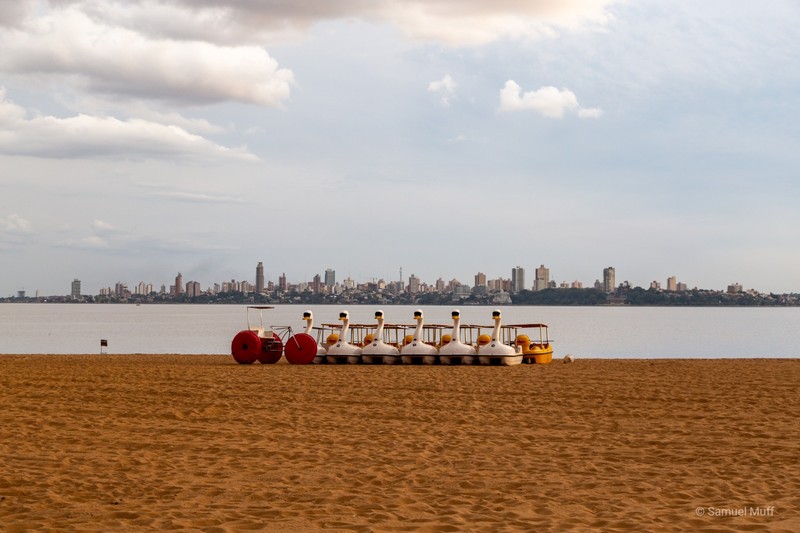 Paddle boats on Playa San José in Encarnación with Posadas, Argentina in the background

Encarnación is a pleasant town, but doesn’t have a lot of sights to offer. There are a few nice beaches at the Río Paraná, but they were very empty this time of the year. Instead, we visited two historic sites one hour North of town. In the small villages of Trinidad and Jesús de Tavarangue are ruins of Jesuit missions from the early 18th century. The Jesuits did not only try to evangelize the native people, but they also taught them many skills, studied the local Guaraní language and created a written language for them. Today, most Paraguayans are bilingual. Both Spanish and Guaraní are thought in school. In practice, they speak a mix of both languages, which made them pretty hard for us to understand. The ruins are quite large and well preserved and it was nice to explore them in peace with hardly any other tourists around. There was even a German speaking guide to show us around. 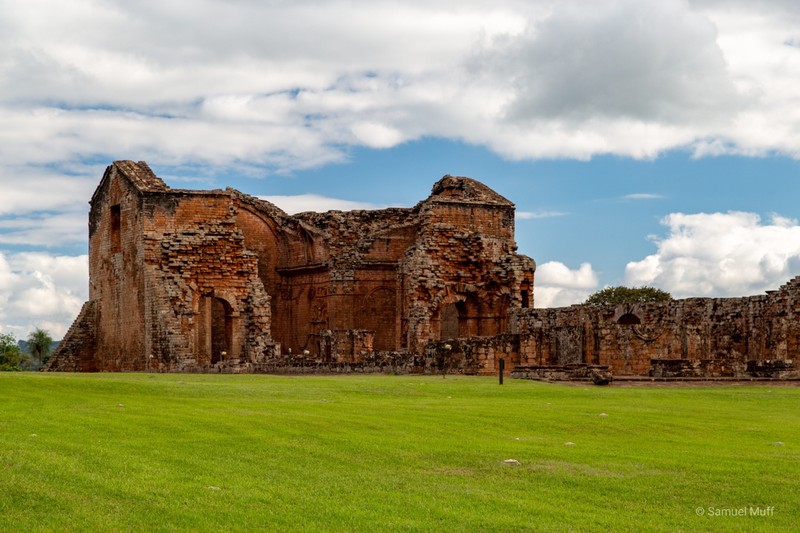 Main church at the Jesuit ruins in Trinidad 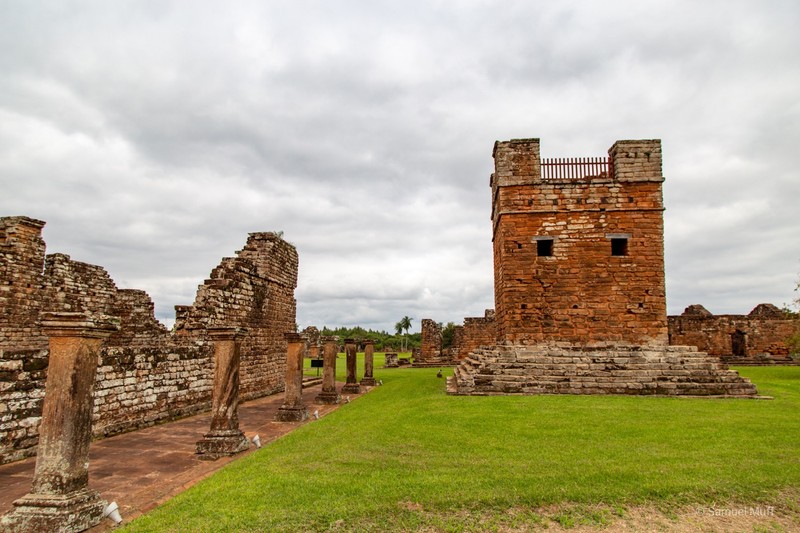 Fortification tower at the Jesuit ruins in Trinidad 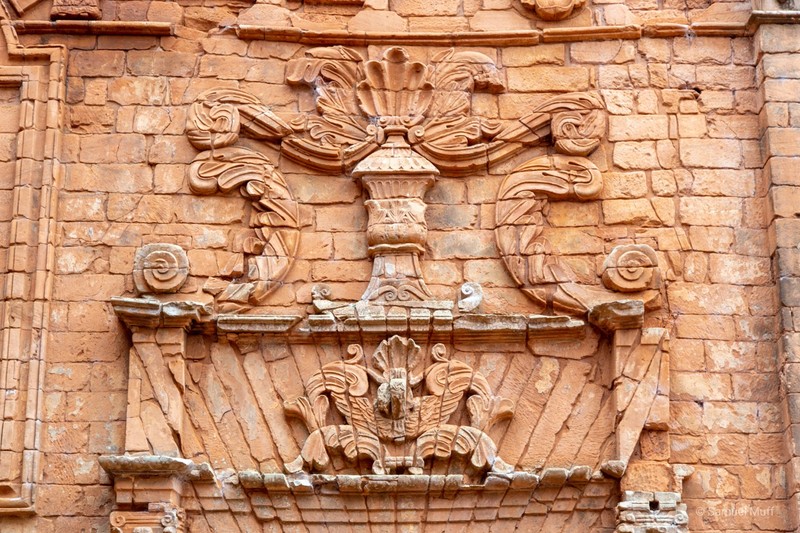 Decorative ornaments at the Jesuit ruins in Trinidad 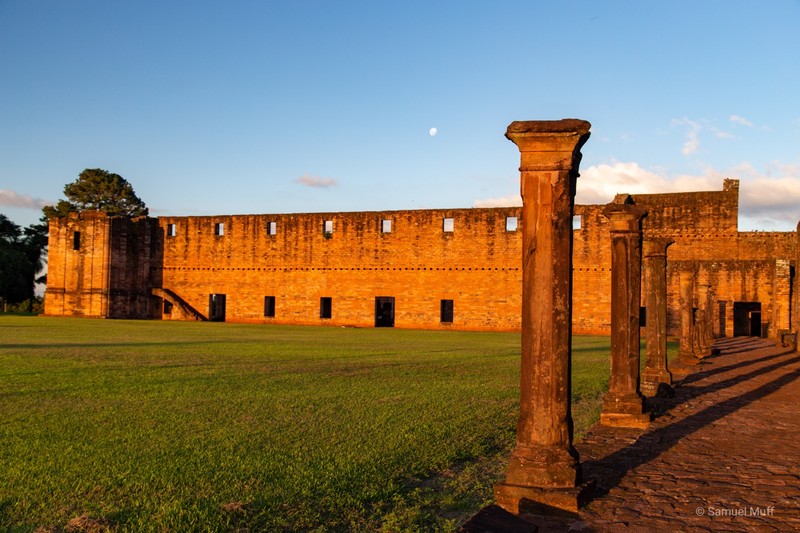 Unfinished church at the Jesuit ruins in Jesús de Tavarangue 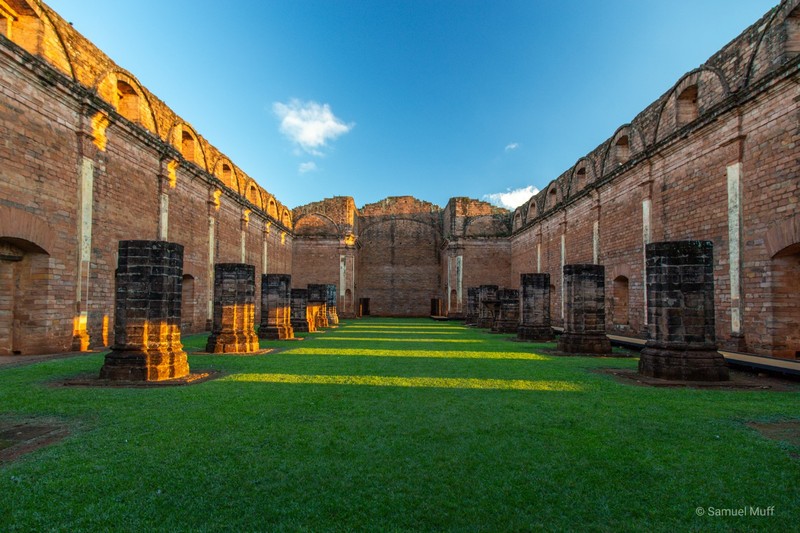 After two nights in Encarnación, we took the bus to Asunción, Paraguay’s capital. We stayed in the historic center of the town, which has a few nice buildings, but besides did not impress us very much. Despite the fact that the seat of the government is here, many shops looked like they are permanently closed. To be fair to Asunción, we were there just some days before Easter so maybe people were on holiday. Also, we did not visit the more posh neighborhoods, which might have been more lively. 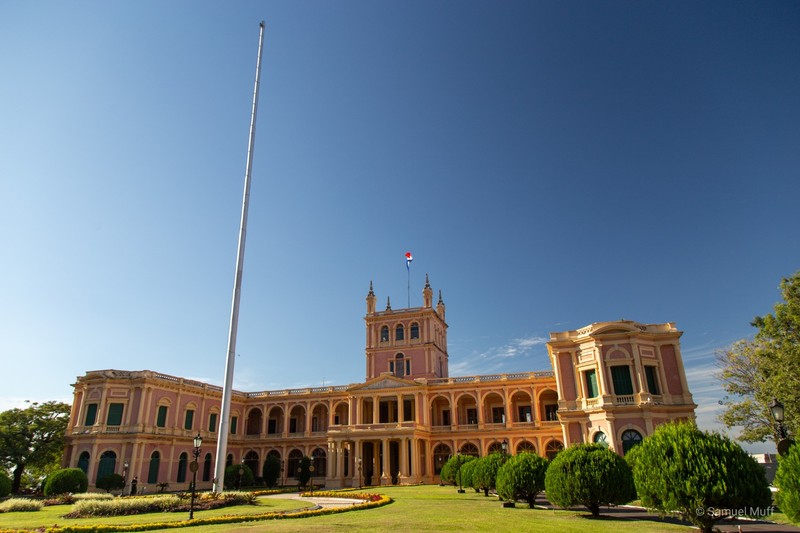 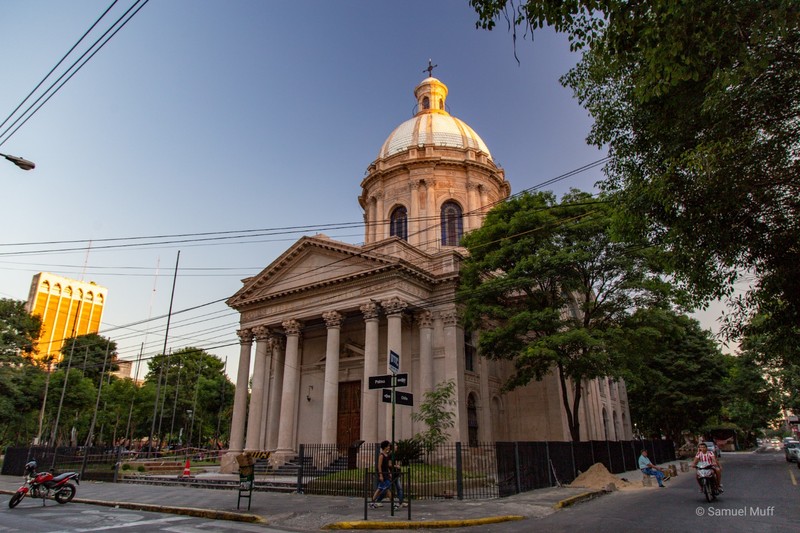 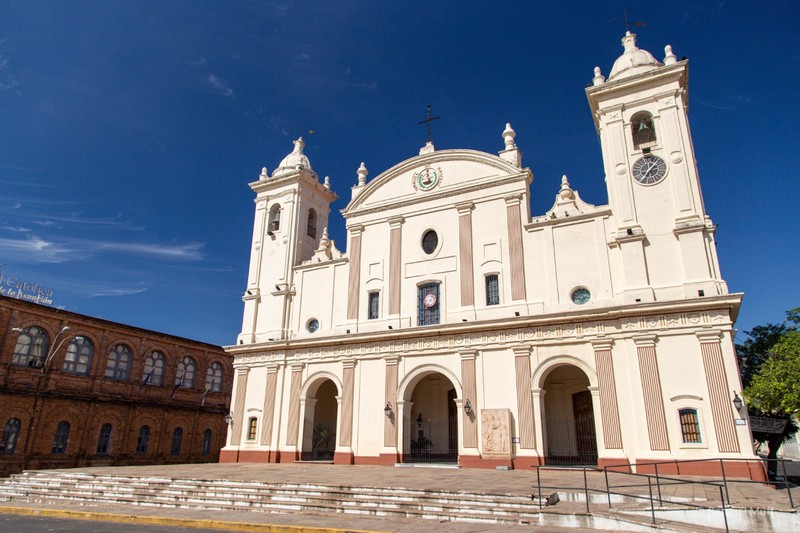 Some low lying parts of the capital were flooded by the Río Paraguay at the time of our visit. Because of that, many of the parks in the city center were full of temporary housings built for the displaced inhabitants. As we learned, this happens every single year, but for some reason people keep coming back to live there. 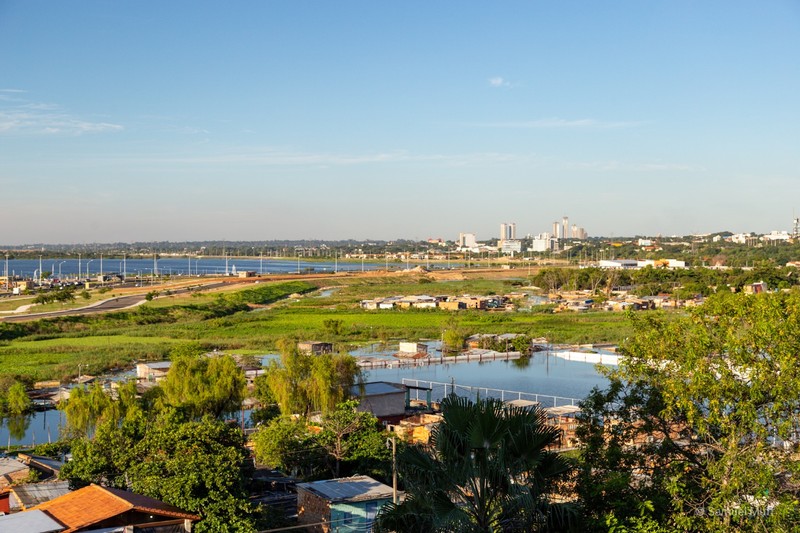 Parts of Asunción flooded by the Río Paraguay

It was an interesting short visit to Paraguay and we learnt a lot about the culture and history of this country. There would be a lot more to explore, but Paraguay lacks the touristic infrastructure to make anything but the major cities accessible. On the upside, little tourism means that the country is very cheap and we were able to afford great restaurants and accommodations with a small budget.

Posted by samandmarta 20:20 Archived in Paraguay