After spending nine days on the Galapagos Islands, we had only four days left to explore the mainland of Ecuador. For this, we based ourselves in Quito, the capital of the country. Quito is located just 25 kilometers South of the equator, but because of its altitude of 2’850 meters it is not a very hot place. The average daytime temperature is around 10 to 17 °C. We spent some time exploring the well preserved old town of Quito, which was the first city inscribed into the UNESCO World Cultural Heritage Site list. Quito is famous for its churches, decorated in an elaborate baroque style. We visited two churches inside. The first one was La Compañía de Jesús which is said to be the most beautiful church in the entire South America. Everything inside this impressive church is covered with gold leaves, including the walls and ceiling. The second church we visited was Basílica del Voto Nacional, which is the largest neo-Gothic cathedral in the Western hemisphere. Some of its architectural elements resemble the famous Notre-Dame cathedral in Paris. However, instead of the gargoyles, one can spot native Ecuadorian armadillos, iguanas and Galapagos tortoises on the facade. 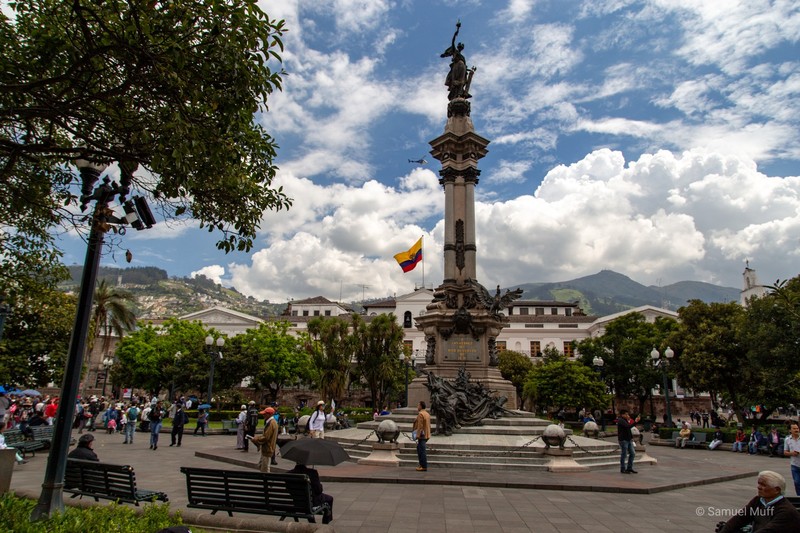 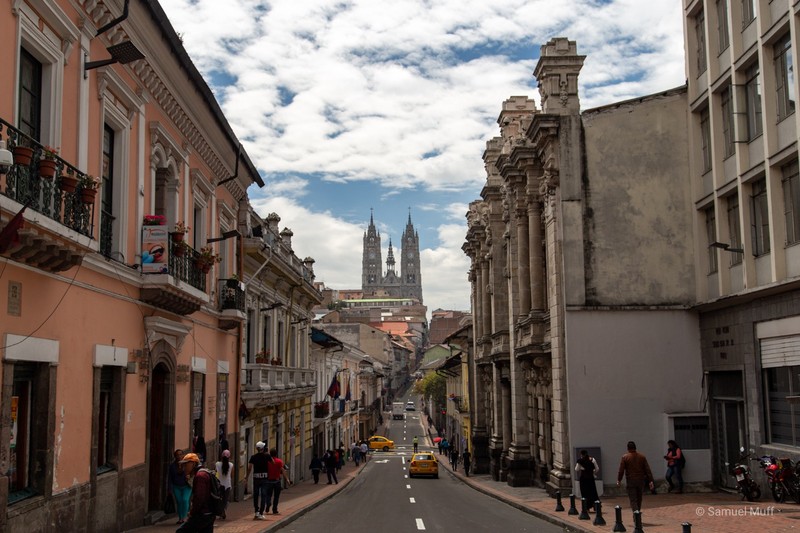 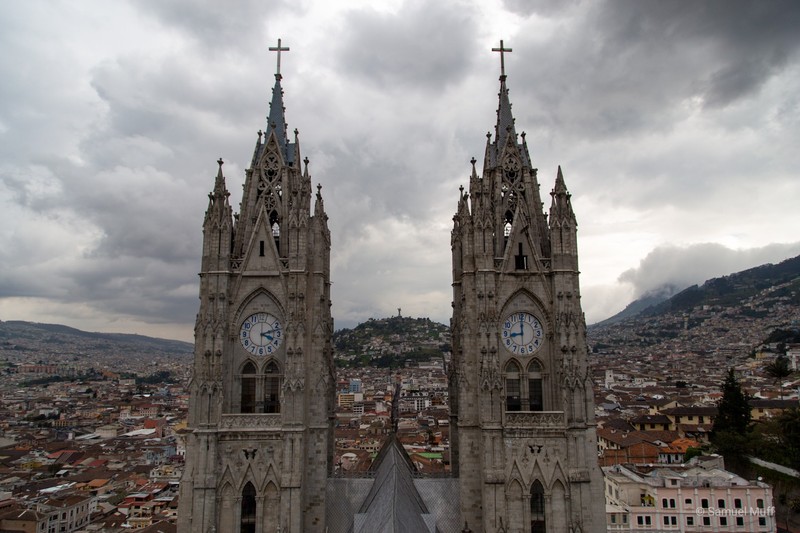 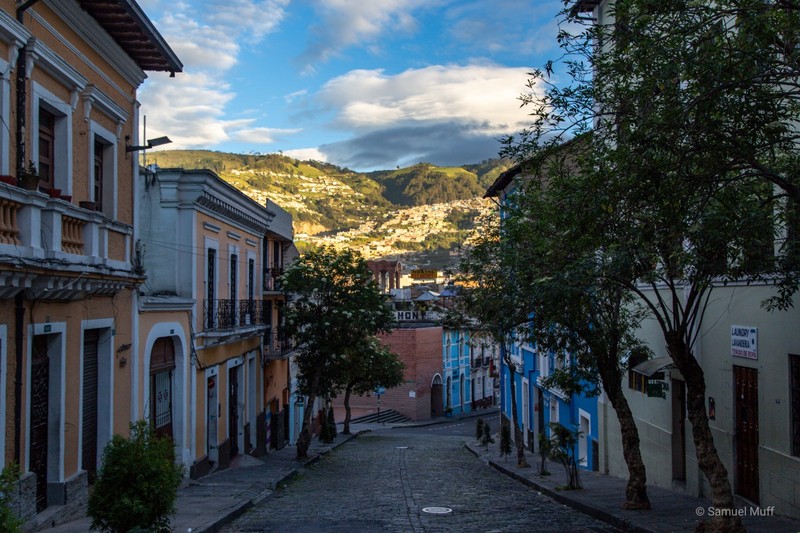 For one day, we travelled to the nearby town of Mindo, which is known for its cloud forest and exceptional biodiversity. We hired a local bird watching guide to walk with us through the forest and help us spot birds. The cloud forest around Mindo is home to over 500 species of birds, making it one of the world’s top spots for bird watching. From our recent experiences on the Galapagos Islands, we assumed that this was going to be easy. However, we are not sure if we had spotted a single bird that day without our guide. Somehow, he spotted small birds sitting motionless on a tree 50 meters away behind other trees and quickly pointed his telescope so we could see them too. Thanks to our guide, we were able to see toucans and many different species of the colorful tanagers. 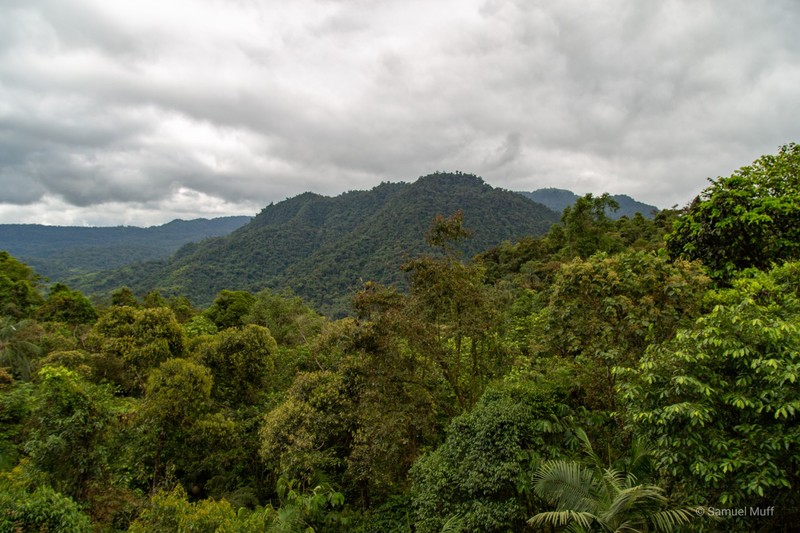 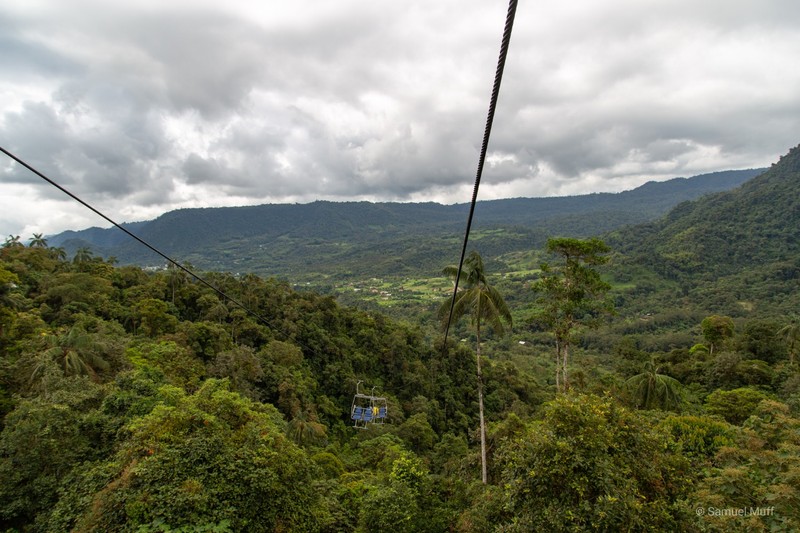 Chairlift through the Mindo cloud forest 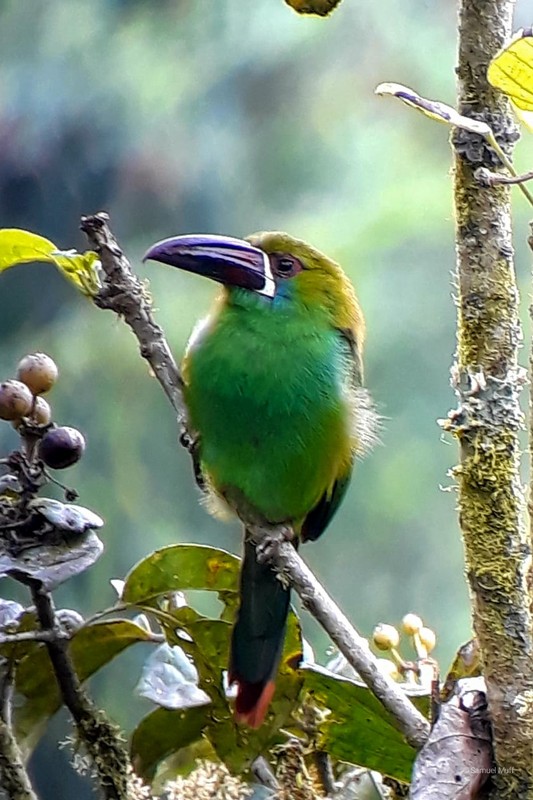 Crimson-rumped toucanet in Mindo, photographed through a telescope 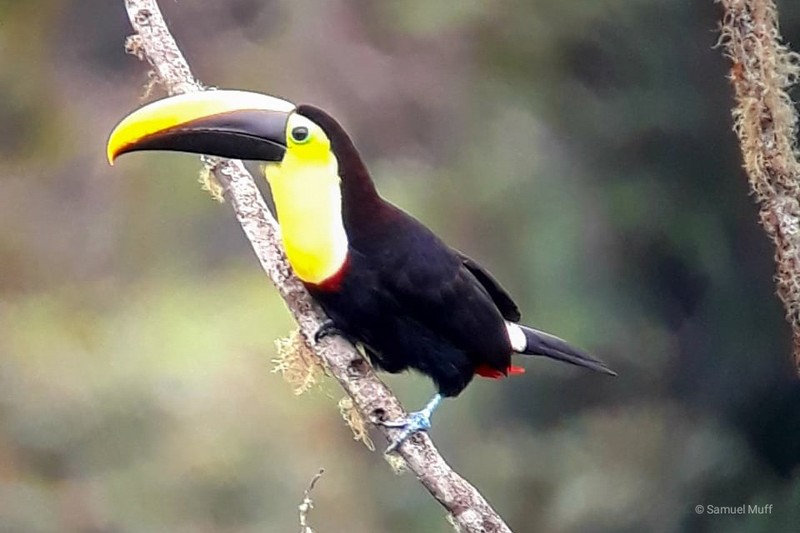 Choco toucan in Mindo, photographed through a telescope 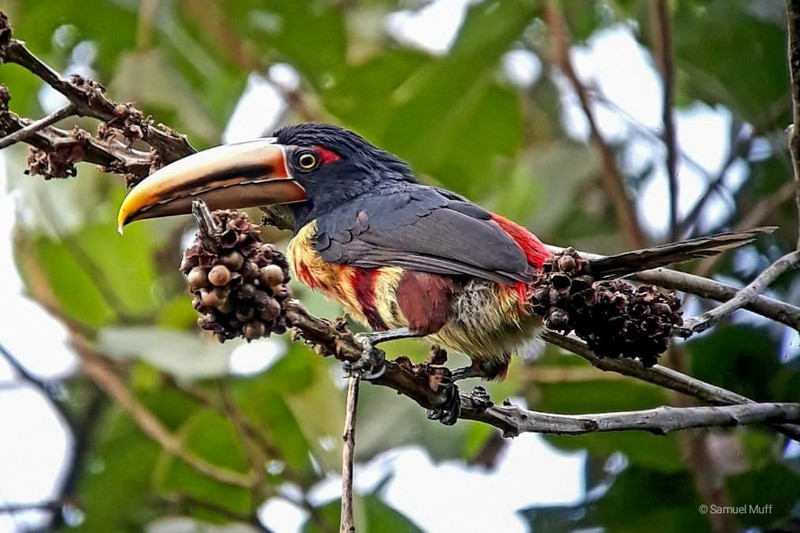 Pale-mandibled aracari in Mindo, photographed through a telescope

Our day trip to Cotopaxi was less successful than the one to Mindo. It took more than three hours to reach the carpark at 4’600 meter above the sea, from where we started hiking up. It was raining heavily and it was impossible to see anything of the 5’897 meters high volcano. After hiking half-way to the viewpoint, our guide correctly concluded that it does not make any sense to continue and we went back down and drove back to Quito. Unfortunately, this was our last day in Ecuador and it felt very much wasted. The next day we left for Colombia early in the morning. 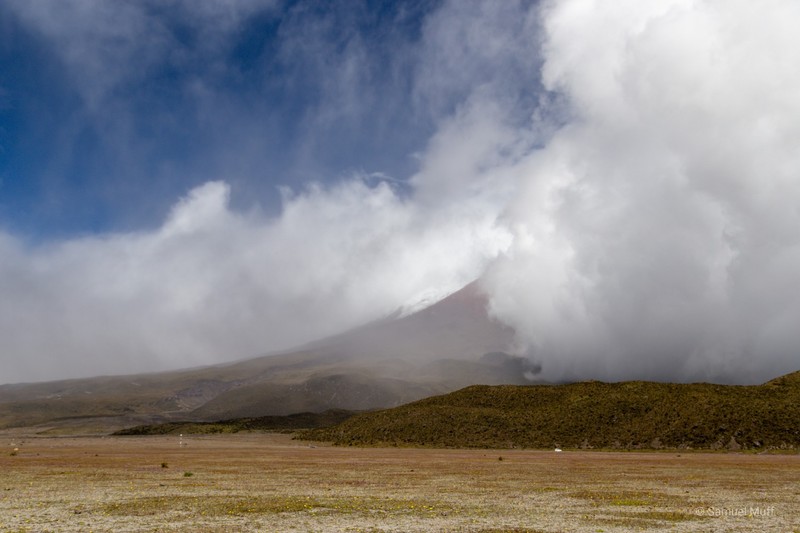 Cotopaxi in the clouds

Posted by samandmarta 08:57 Archived in Ecuador