On the first of April, we left Buenos Aires by boat towards Uruguay. The one-hour trip over the muddy waters of the Río de la Plata brought us to the small town of Colonia del Sacramento. Colonia is the oldest town of Uruguay and is known for its beautiful colonial architecture and cobbled streets. On weekends, it’s a popular getaway for people from Buenos Aires, but as we arrived on a Monday, the old town was very quiet. We just stayed for one night and there would be no reason to stay longer. It only takes two hours to walk through the old town and there is not much else to do. But after the busy Buenos Aires, this relaxed town was a great place to slow down. The old-timers spread throughout the old town center, that have been repurposed as flower pots, were especially picturesque. 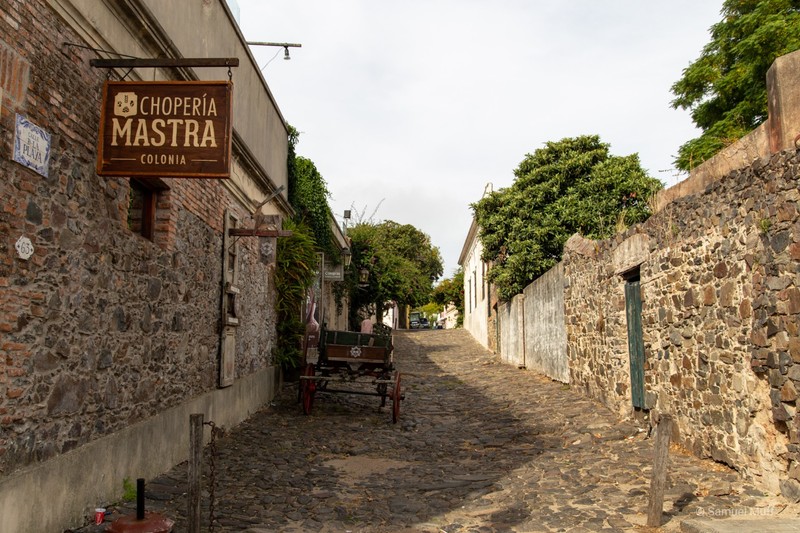 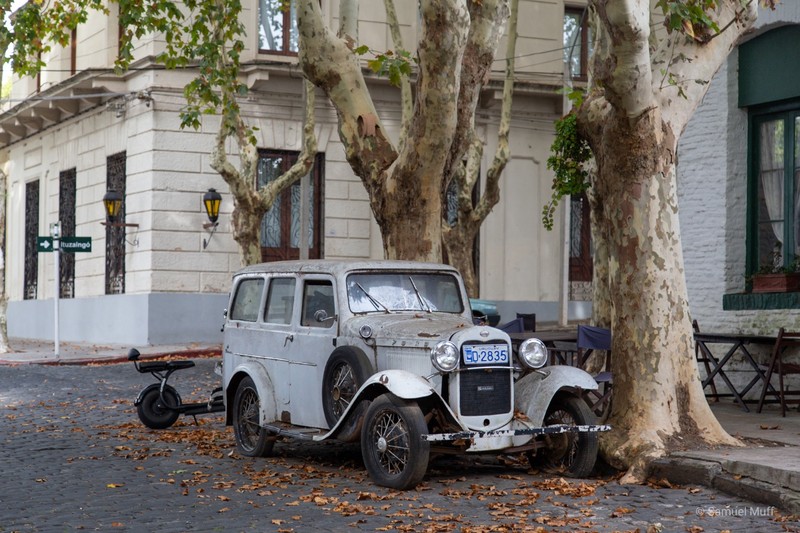 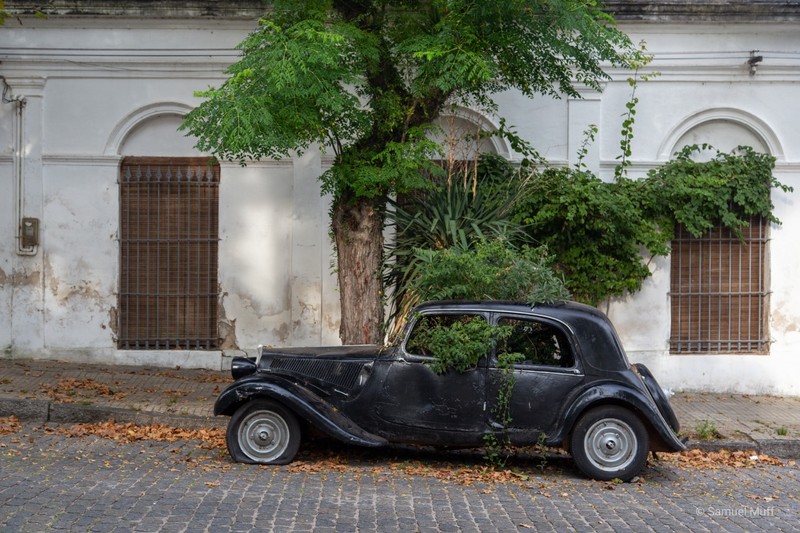 Tree growing out of an old car in Colonia del Sacramento

Uruguay is one of South Americas smallest countries, but for European standards it is still big (somewhere between Greece and the UK). Politically, the country is unusually stable and progressive for this continent. They have legalized same-sex marriage, abortion and the recreational use of marihuana. Maybe that is why the Uruguayans seem more relaxed than their Argentinian neighbors. 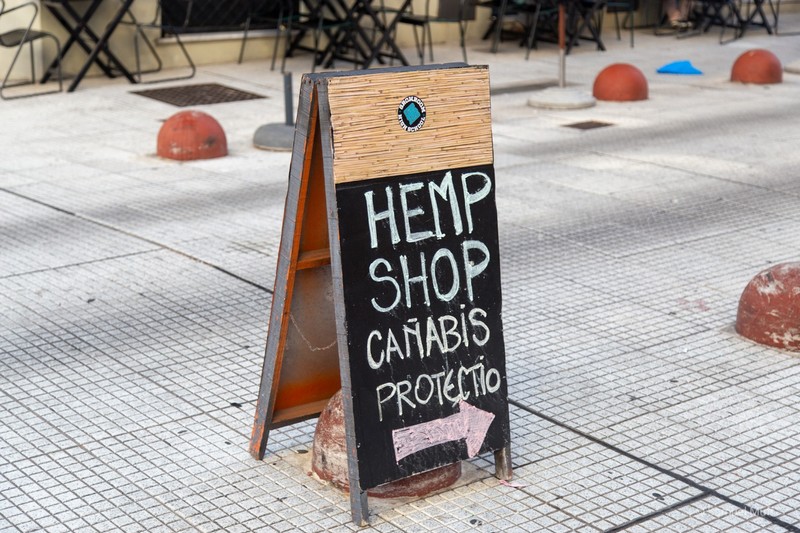 We took our first inter-city bus in South America from Colonia to Montevideo, the Uruguayan capital, where we spent two nights. Our hotel was located near Plaza Independencia, at the border between the new and the old town. At this plaza, there is the most famous building of Montevideo, Palacio Salvo, which was once the tallest building of South America. Under the plaza are the remains of the Uruguayan independence hero José Artigas, though the true hero of the Uruguayans is Alcides Ghiggia who scored the winning goal in the 1950 World Cup final against host country Brazil. 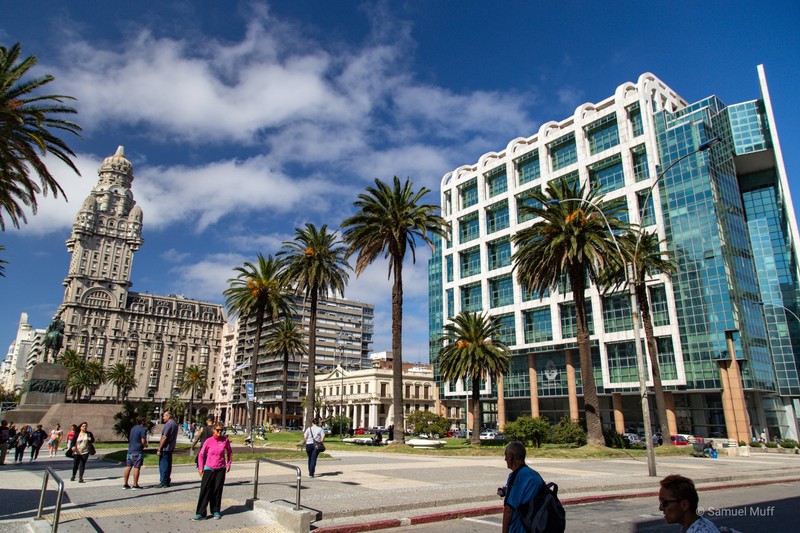 Plaza Independencia in Montevideo with Palacio Salvo on the left 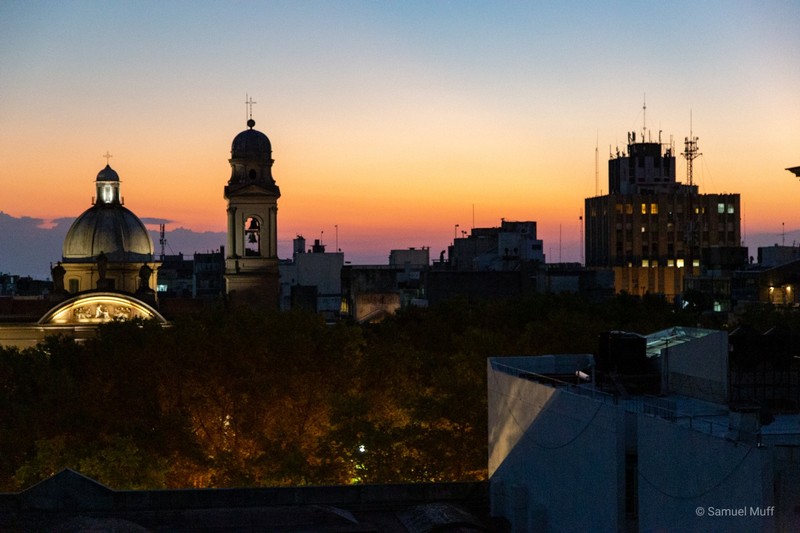 Sunset behind the old town of Montevideo 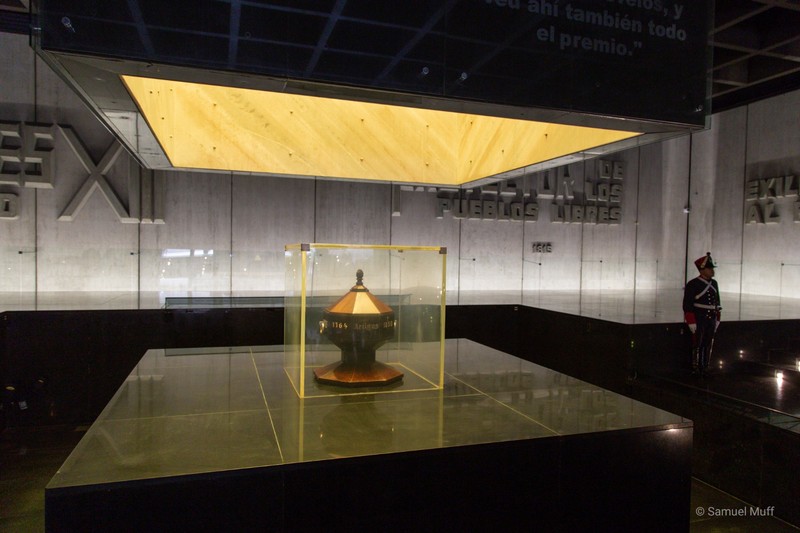 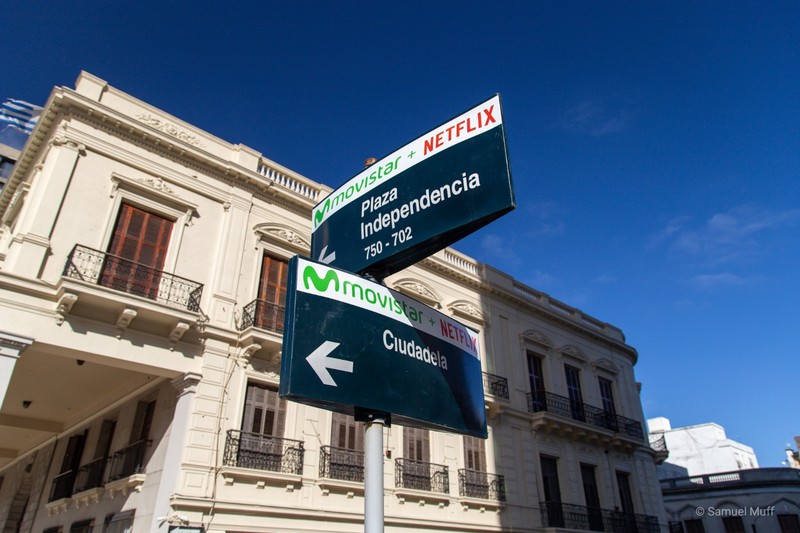 We left Uruguay after only three nights. We liked our time there, but we also feel that there is not much in this country that you could not see anywhere else. The Atlantic coast is supposed to have many excellent beaches and we first planned to spend a couple of days there. However, when we saw that the prices for flights to Rio de Janeiro, our next destination, doubled for the weekend, we decided to skip the beaches of Uruguay.